Another stop on our trip to the Arctic Circle

We wanted to hop on an early morning train, but alas, we took too long getting packed up so didn’t arrive in Turku until early afternoon. The cab driver to our hotel gave us some ideas for dinner and things to do. 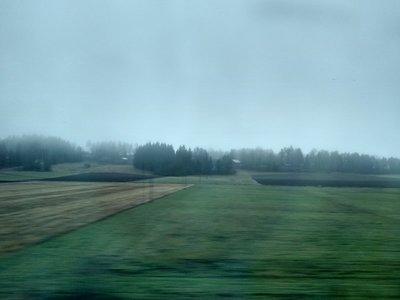 We quickly put our stuff in our room, asked the front desk to call a cab, but before we were off the lady gave us a map and circled the places to go and where to walk. In the cab, we were listening to rock music, like Penny Lane, in Finnish.

We thought we’d eat a late lunch first then see the museum as the museum was open until 7pm and after 5pm the restaurant was likely going to be packed with reservations because of Christmas parties.

The restaurant has 2 levels, one on the street and one in the basement. The basement is very old, some of the brick walls are over 200 years old. The waiter suggested salmon and vodka, a wonderful choice for a starter. 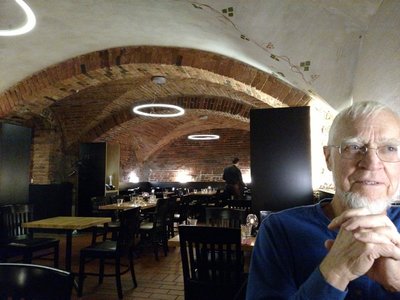 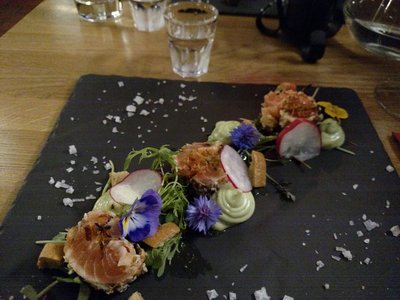 We ate our meal then walked to the Aboa Vetus. http://www.aboavetusarsnova.fi/en/exhibitions/aboa-vetus-permanent-exhibition
It was dark by then but we found our way. The Aboa Vetus is a museum consisting of ruins, some as early as the 13th century, existing under the present day city. Being interested in Archeology, this was of a huge interest to me and we both really enjoyed it.

There is an art museum, built on top of the ruins which contains various types of art. We went thru those exhibits as well with the time we had before closing. 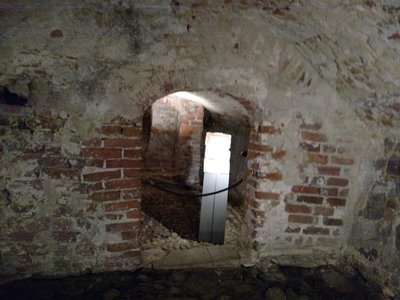 One striking exhibit is a sketch of the city of Turku. http://www.aboavetusarsnova.fi/en/exhibitions/okko-poylio-vartiovuori
The sketch is very moving but very dark.

Unfortunately, the Christmas Market was closed up by the time we walked back to the taxi queue. But it was cold (about 18F) and we were ready to go back to the hotel and have some wine. 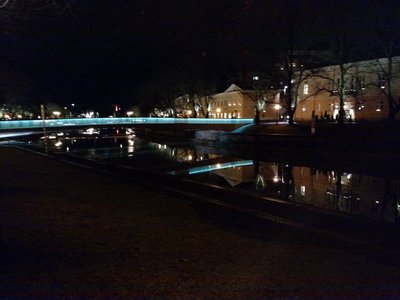