The London Eye and Westminster Abbey

Finally, a free day in England.

We’d planned to go to Stonehenge and Avebury today. I wanted to see both sites but without a car, we needed to take a tour. A tour would have been fine except that strong winds and flooding rains were predicted for today. We opted to skip the sites one more time and hopefully will see them next year.

We decided to go to Westminster Abbey and to get there we must walk along the river to the Westminster Bridge. As we got to the London Eye we saw that there was no line. We decided to take a ride before continuing to the Abbey especially since the sky had cleared up some.

Wow, what an amazing ride. The cars do not stop except for handicap persons, otherwise, it is a continuous, slow ride. We couldn’t see the tower but could identify where Buckingham Palace was located and of course, many areas where we have walked every day. 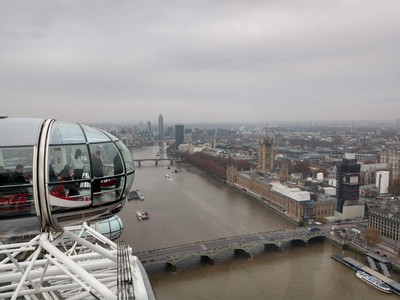 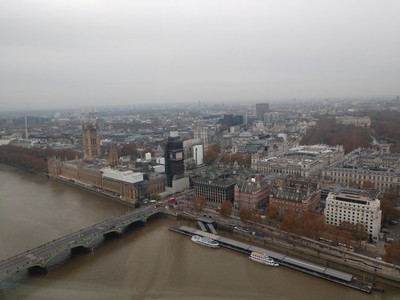 After the ride, we went on to Westminster Abbey for a tour. We signed up for the 2 pm tour, taking the audio tour in the interim. We got to see some of the Abbey while we waited.

Unfortunately, there are no photos allowed in the Abbey so one must rely on the website or books. But the abbey is an amazing place. As death masks were made of many people buried there, the sculptures are quite realistic. If you are going to the Abbey, I’d really recommend that you take the guided tour. You get into places that you wouldn’t otherwise.

After the tour, it was already nearly 4 pm. We wanted to eat something small in the Café but it was closed so we went to the cloisters and had bananas and trail mix that we’d brought. It was really cold and raining in the garden outside of the cloisters but as they are from the year 1,000 or so, it was such a historic place to sit. We ate then went into the Nave to wait to be seated for evensong. 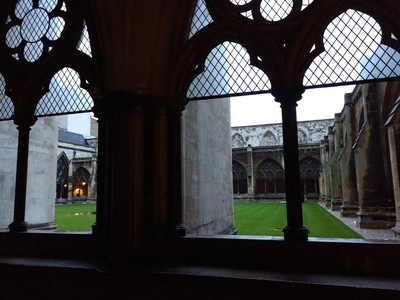 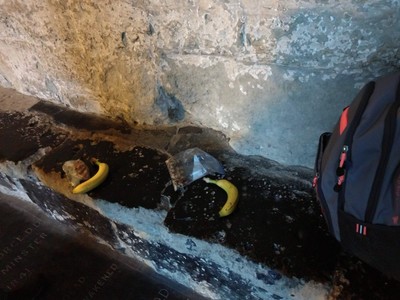 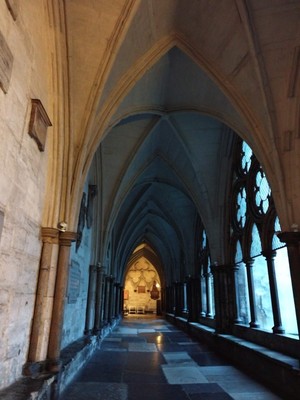 A large crowd gathered behind us but we’d been told to wait there and we’d be seated first. Well, we were not seated first as the crowd was from a school. We were told to go and wait off to the side. We waited until all of the people invited from the school had been seated. We couldn’t see where they were seated as we were on the front side of a medieval screen. Once we were let in we were pleasantly surprised as we and a few others in our group were let into the unoccupied bishop chairs, by the choir, while the members of the school group were seated outside of the choir area.

We’d heard that the full Westminster choir would be singing and they were. Boys from 9-11 and older people to fill out the harmony. The organ was right above us. It was a really nice way to spend a cold evening.

We stopped at the Christmas market for our glogg and another round of steak and fries and lamb and fries. We went into a nearby building with tables set up to sit and eat and drink when we saw a young couple with a young child looking for a table. As ours would seat 4 we told them to sit at our table. Turns out they were from Saudi Arabia.

We have never met anyone from that country so it was great to get to talk to them. We didn’t ask political questions as there are too many issues today but we discussed things that were important to them as a person, their child, and what they were doing in London.

After eating we went back to the hotel, full of food, glogg and adventure.

Shopping, Walking and a Concert in London

Harrods, Selfridges and a concert at St Martin in the Fields

Our first plan for today included over 9 miles of walking, but we soon figured out that it wasn’t going to be realistic.

I’d found online that The Tesco Superstore had wines that were our every day at home and we didn’t bring enough. We thought we’d start our day with a walk to the superstore.

After walking we found the Superstore only to find that the wine selection was no better than the Express store much closer to the hotel. We bought our wine and went on our way.

Next stop was Harrods, this was a last minute decision as it seemed like a good place to get food and just see it once and for all. We thought that we’d do a bit of shopping for a few people. I also wanted to buy some boots but, after seeing an entire floor for shoes I decided to just shop online. There was too much to see. 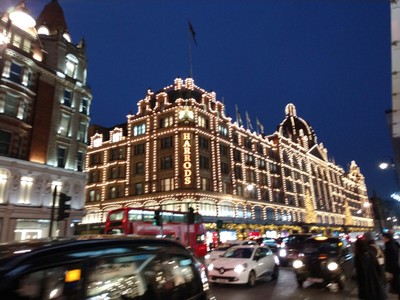 We did stop for lunch and the couple close to us turned out to be from Seattle. This was their first trip outside of the U.S. or Canada. But, they were leaving the following day so they wouldn’t have time to see some of the things we enjoyed, as they were only in London for a day. We couldn’t imagine only spending a day here. We are looking forward to relocating maybe?

Dale and I had watched all of the series on Selfridge so you can guess where we headed next, Selfridges! The walk was fun as all of the streets are decorated as are many store windows. People were out everywhere! 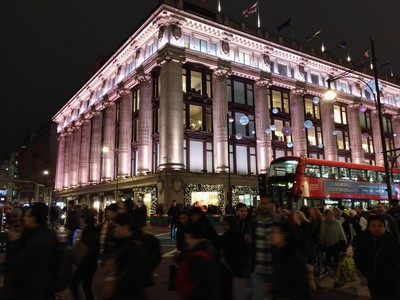 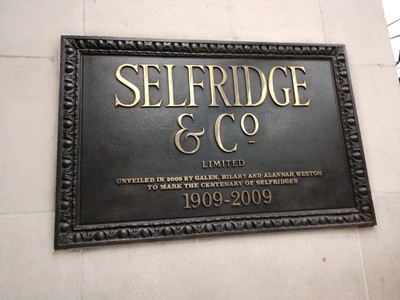 Selfridges was just like the series, at least what we could see. We didn’t see Mr. Selfridge though. We went thru the store, shopped for boots for me, a little something for a dear friend, and gloves for Dale. They gave us a Black Friday discount for the gloves making it a really fun purchase. Not to mention no more cold hands for Dale.

Tonight was the first concert in London we had tickets for. We had to hurry thru throngs of people down to the St. Martins in the Fields church. It was sometimes a difficult walk as we had to push our way thru the crowds and once or twice we didn’t think we’d make it. But we did. 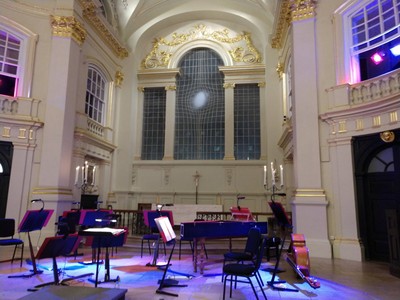 We got to the church without having time for dinner. Fortunately, we were able to sneak some trail mix that we’d brought so we didn’t starve. We heard Vivaldi’s “Four Seasons”. It was a small group that included a harpsichord and it was magnificent. We think that it was the best performance of the “Four Seasons” that we have seen.

We were hungry after the concert and found a restaurant nearby. Then walking back to the hotel we thought it would be a good idea to pick up some Glogg to warm us. As we were walking to the hotel, along the river and drinking our cup of Glogg we saw some people on the riverbank. Normally, the banks are underwater with the tides. Now the tide was out and there was a group of people gathered around a fire on the sand. Several were playing drums and some were playing with fire, literally. 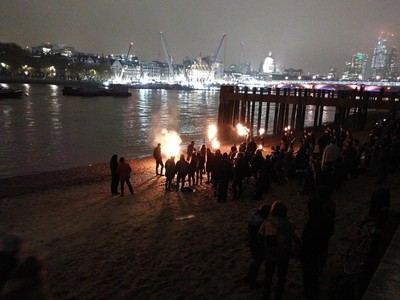 We stood around watching the group and thinking that if we were younger we might have joined in some of the fun.

We walked 8.3 miles plus numerous stairs.