They're Off, On the 7th Annual Grandkids Trip

Leaving finally on our grandkids trip 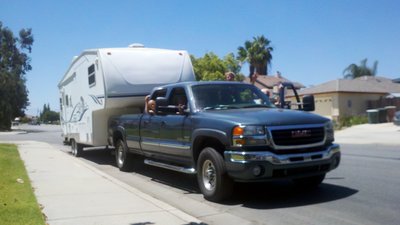 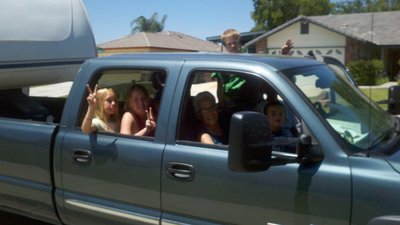 Our plan was to leave early arriving in Yellowstone late at night, alas that was not to be. Since I was not in bed until 5 a.m. I just couldn’t wake up until 7:30a.m. Dale had put in to have off Friday night but he did not get it off so had to work until 7:30a.m. Then we still had lots of packing and readying the RV to do so we did not get off until noon. By then we were all hungry for lunch and we were not going to be in Las Vegas for that meal.

Las Vegas was hot; just heat hot, over 100F. We had dinner at a buffet and were on our way again. We went to a cheap buffet and decided that it wasn’t worth the money at all, so next time we will stick to the Luxor or Excalibur. They are more money especially with the grandkids but so be it.

After a night at a rest stop we have driven nearly all day today except for a stop at Whole Foods in Salt Lake City. We never got our big grocery shopping done so we did it now. We had made up a master grocery list and I divided it up between us except for Christabel. Elias asked why Bel got out of work and I asked him if he wanted her to pick out the veges to which he realized why Bel was only going to help me.

We did make several stops also for a RV vent which broke. Dale duct taped it down twice and finally, when it came loose again he figured out how to wire the whole thing down. Thank goodness he is handy and creative, much like my own dad was.

Hopefully we will be in Yellowstone before dark tonight and will spend the day there tomorrow.