Meeting Up with Old Friends in Brussels 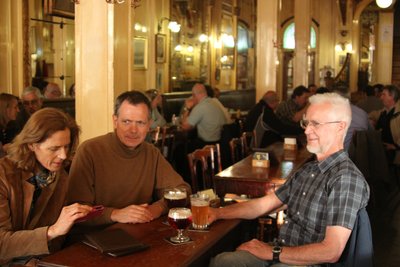 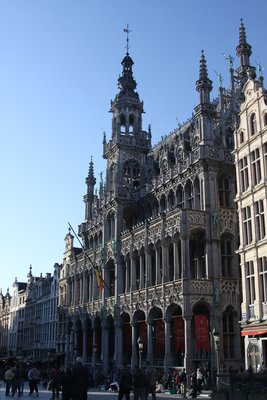 We arrived in Brussels feeling like it was 3 a.m. on Jupiter. Our friend Pascaline was to pick us up at the airport but she had given me her phone number to call when we arrived.

We got off the plane and thru customs then at the arrival area did not see Pascaline. I got my phone out, which I’d programed on Sunday but there was no internet to be had and her number was in an email. We dropped the bags and while I worked to get my Sims number off the card, then find the number to call for Verizon Dale went out to look for Pascaline.

We’d spent about 10 minutes looking and trying to get the phone up and running when I happened to look up and saw someone who looked like Pascaline but it has been maybe 8 years since we saw her last. She was watching for the passengers coming out from customs. I told Dale to stay with the bags and I ran over to the arrival area. Then the woman put on sun glasses and did not look like Pascaline at all. I started to back away when she took the glasses back. I asked “Pascaline” and she said “yes”. We were reunited at last.

Several hours later I had time to work with the phone and found I could place calls; just as I thought it was a setting that had not been checked in the phone.

Our goal in Brussels was to 1. Visit with our friends and her family and 2. Drink a beer. Ghislan, Pascaline’s husband was more than happy to oblige with the beer. We did go to the square at the Grand Palace and in a little bar that was established about 150 years ago we had beers all around. The beer tasted much better there than at our home in Bakersfield, maybe the environment had a little to do with it.

As for the family, Pascaline’s mother Therese use to visit nearly every year, traveling with us for our summer vacations. She learned to know most of our family and we traveled over many states. We also visited her at her home, the last visit 6 years ago at which time she told us that she would likely not return to the U.S. again.

Therese arrived with her son for an afternoon visit and we had several hours of reminiscing the old times. We were sad for our time in Belgium to be over but excited to move on to Germany and our old friends there.