A Day at Science World

Back to Vancouver and more museums.

We’d hoped to get an early start to the day, as we wanted to get to the mainland early. But with 4 kids and an RV to pack up, early is subjective.

We just missed one ferry so we parked the truck and RV in the proper lane then took kids to run at a playground close by. Kids ran around pretending that the ground was an ocean. Zoey rode her sea horse while the others were fish or fishing. 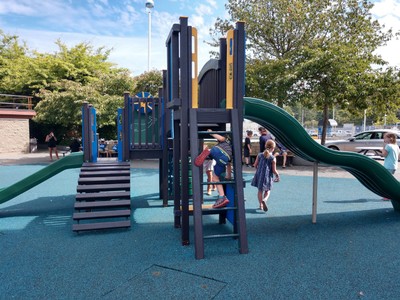 Once onboard the ferry, kids went to hear a naturalist program while Dale and I drank Cappuccinos. We ran into an off-duty ship captain who gave us lots of info as well, on where to spot seals and other wildlife. We didn’t spot much so the kids made themselves happy with ice cream. 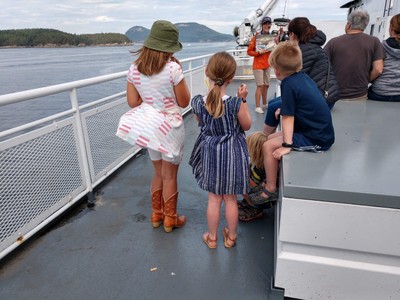 Once on the mainland, we let kids swim in the indoor pool and play at the playground.

We had 2 museums that we thought would be great for kids, one a hands-on science museum and the other a space museum. We decided to go to the science museum first. https://scienceworld.ca/

The science museum is a 2 story complex with every kind of puzzle or experiment a person can think of. There are also exhibits of bugs; cockroaches and pregnant cockroaches, stick insects, and so on, that kids think are great to see. 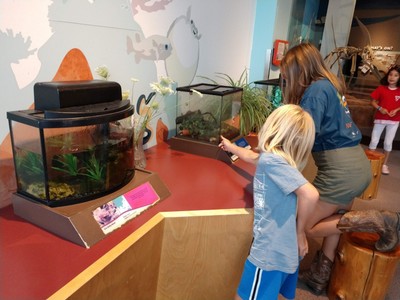 It is a great place because kids can be let loose and find the things that interest them. We sat and drank coffee while kids would run past us from one experiment to another. Once in awhile, we’d catch up with one or 2 but usually, it was kids just going back and forth. 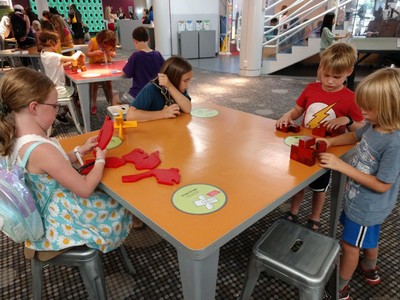 Downstairs in the center, there are demonstrations that go on every so often. Zaya helped a chicken to fly while Fynn put a marshmallow in a vacuum chamber to show what would happen. There were demonstrations with raw eggs balanced, bubbles, balloons and so forth. 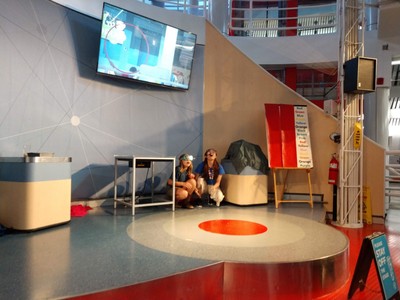 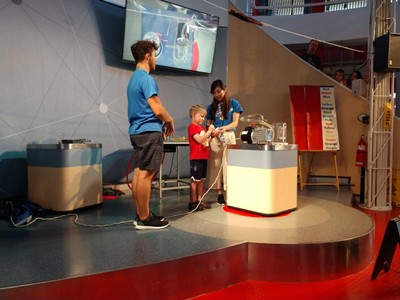 There is also a great playground next door to the museum. Kids went on the zip line over and over. We were all exhausted by the end of the day.

Broken down in Vancouver

We were in Vancouver on our way to Alaska, with our older grandkids, about 4 years ago. We’d stopped in Stanley Park and stumbled upon the area with the Totem Poles. We thought that it would be a good place to bring Zaya this time, hence the stop in Vancouver.

We crossed the border into Canada after much scrutinizing of the papers for Zaya and Twinkle. Thank goodness for Google as we found a campground just north of Stanley Park.

After parking the RV we quick packed up a lunch and some wine then drove down to Stanley Park and found the totem poles. The totem poles are made by different tribes then installed in the park. http://www.canada.com/vancouversun/story.html?id=a7458795-e135-431a-80be-38b23093b629

Zaya was enthralled by the totem poles, walking up and touching the ones available to touch. We took photos, walked around to see the views across the bay to the north and to the south.

We had to check out our campsite by 11a.m. and of course we were not ready at all. We rushed to get the RV battened down.

I’d gone into the office to ask if there was any recommendation for good smoked salmon and an employee told me about another employee, a Native, who also makes smoked Indian Candy. He gave the guy a call and the guy said he’d bring some Indian Candy over for us.

We’d about given up and was starting out to leave when the guy with the salmon came arrived. We didn’t have any Canadian cash so he was going to wait while we got cash. Then the guy working at the RV Park noticed water dripping quickly from the truck and was immediately concerned that we were not going to make it to Banff, an 8-hour drive.

The Native drove me to the nearby bank so I could get cash, but he could not exchange the fish until we were back on Indian ground. Dale, in the meantime, started looking seriously for the leak. 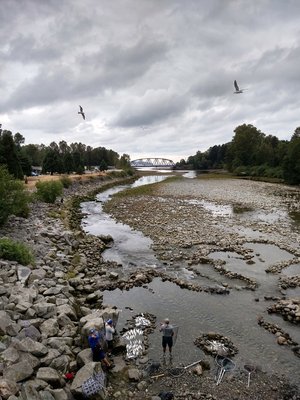 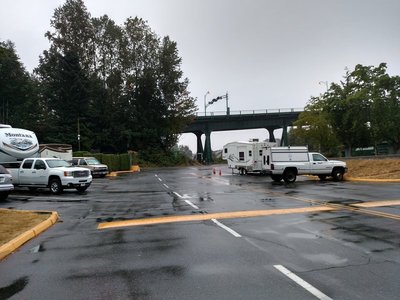 . I then googled a repair person nearby and found 1 open. The mechanic told me to get the truck right over and maybe they could still get us on the road.

We arranged to leave our RV in the front drive of the park, which is the place we’d pulled to when we saw the guy with the salmon.
We took the truck and drove to the garage. There we learned it was the water pump and that they would attempt to replace it still.

Unfortunately, the truck was not repaired and we have spent the night in a driveway. But we are self-contained so even though we could not extend the slide out, we still could make dinner and sleep.

We hope that the truck is done soon and we can continue on down the road to Banff.

In the meantime, we hang out at the pool, walked to Whole Foods and shopped, stopped at Starbucks for a break on the way back to the RV Park.

I’ll maybe read a book, something I haven’t done in months.

Getting to Port Hardy

I made my 6:30am flight but had stuff in my hands still packing as I was trying to check in. Once I got down to the gate I opened my carry on and finished packing.

I knew that I had plenty of time between my 3 flights so that getting to the various was not a problem. The problem would be once I got into Vancouver there would only be 1-1/2 hours to go thru customs, pick up my check in bag, get on a shuttle to the next terminal and then catch my flight to Port Hardy.

I got into Vancouver and once I got out of the terminal found a transportation person who told me to go across the street to catch the shuttle. After standing there for a few minutes I asked someone else who didn’t know, asked yet another person who told me I was in the wrong area. Finally I found the right stop and found people who were heading to the same place. I stuck to them like glue!

The plane to Port Hardy was a little tiny commuter plane, like the little puddle jumpers of years ago. 1 row of seats on each side of the plane, so small one can’t stand up inside. The flight crew left the cockpit door open so I could see them flying the plane. Oh, it brought back flying memories!!!
The flight was mostly cloudy but near Port Hardy the skies cleared and I could see the road we drove so many years ago.

As I exited the plane the co-pilot asked how I liked the flight and I told him that I loved it! Love the little planes. When he asked why I told him that many years ago I was flying with a current pilot’s license. He told me to get back flying. Maybe I will someday!!

Bekki and Emilio picked me up at the airport. We made a couple of stops then went to the Bed and Breakfast place where Bekki got us a room. We thought that we’d stay for at least the night. It was a room with a bed, but really sharing a downstairs apartment. Off of the entry hall are bedrooms to the right and straight ahead and to the left a laundry then living room, dining room and kitchen.

I still had food that I’d brought and Bekki had a few things so we lit candles, opened wine that I brought, ate dinner and just enjoyed our being in Canada.