A Visit to Parliament

Got into Parliament in time to see Prime Minister, Theresa May answering questions in the House of Commons

After a train ride from Winchester, we arrived in London. We love London, it is bustling with people and this time of year is completely Christmas.

It was early but we got our room, dropped our stuff and set out for the river walk. Someone had said to make sure we went to Parliament and with all of the Brexit talk, we thought we’d take a chance on seeing some action. But first a stop at the Christmas market for some Mulled Wine with a shot of Amaretto. 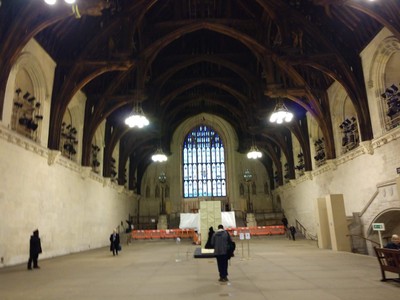 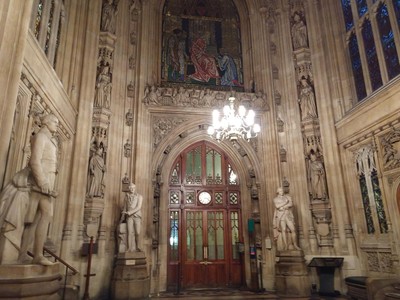 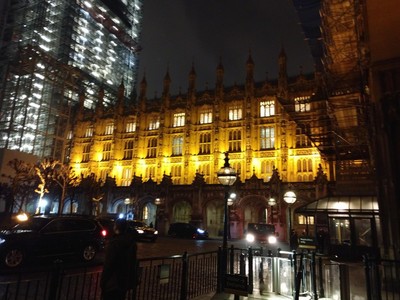 We got into the Public Gallery and found the Prime Minister discussing Brexit with the House. Questions of all sorts were being thrown at her and she was able to answer quickly, thoroughly and articulately. Lots of MP’s were protesting loudly with others agreeing. Dale and I agreed that the P.M. is amazingly intelligent.

From the House of Commons, with all of the bickering, we went over to the very quiet and polite House of Lords. One official described the difference between the houses as a palace vs a nice room. The House of Lords is very ornate with gold trim and the Lords are very proper.

We were getting hungry so thought that we’d go back to the Christmas market and look for food. Sure enough, we found grilled steak and fries and grilled lamb and fries, all grown grass fed and gluten-free. Then we found Swedish Glogg, omg: mulled wine, port, vodka and spices. 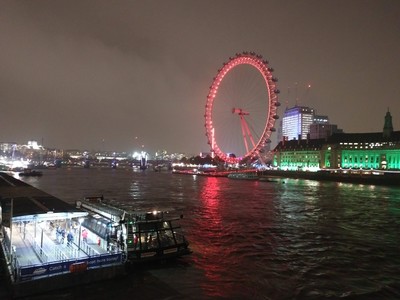 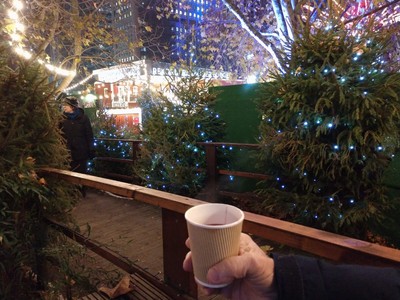 Thanks with the grandkids

Thanksgiving Day, a time for a celebration for sure. And we showed our thanks by drinking New Mexico champagne with our kids. 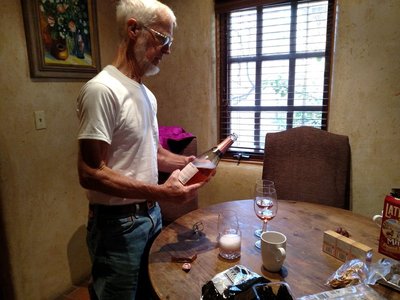 Jen and I started our day with a massage at the spa. I just wanted a relaxing massage and got just that, with a arnica lotion on my sore neck.
We’d wanted to take grandkids to the Taos Pueblo and to the Rio Grande Bridge, so we piled into 2 cars and went off to the Taos Pueblo first. Clayton had vivid memories of our Christmas Eve celebration there when he was about 11 years old. The sky was blue over the west Pueblo and stormy over the east. Great for some photos. Grandkids ran around like kids do everywhere. Their Native American was coming out. 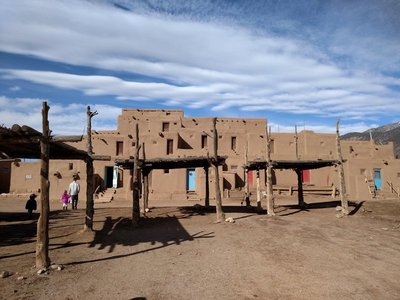 By the time we got to the Rio Grande Bridge, Fynn was sound asleep. As I’ve been there lots of times I stayed in the car with him while Dale went out with the rest onto the bridge. The bridge is really a great place, there is a walk way on both sides and little places to lookout down to the bottom, 565’ down. 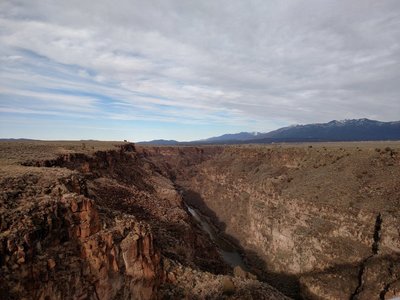 Dinner was at the bar at Doc Martins, just nachos and drinks.

Lots of Trips in the Plans

So now I have 3 big trips in various stages of planning and 3 small trips. Trying to keep everything straight is becoming a challenge.

In July we have a camping trip to Grover Hot Springs near Lake Tahoe, then a backpack trip up to Cottonwood Lakes at the end of the month.

August brings a long discussed trip to B.C into the First Nations territory. This trip will be a photo trip for me. My daughter-in-law is working on her PhD in Linguistics and will work on a language. I will do some photo-journalism. We’d planned to do this last year but it never worked out.
Over Thanksgiving we will go to Santa Fe and meet our youngest son. His wife Jen has never visited northern New Mexico so we are quite anxious to show her our favorite restaurants and places. I recently won a cooking class for two at the Santa Fe School of Cooking so we will try and get in several classes.

About 1 week after Thanksgiving we will go to Europe. This will be our 40th wedding anniversary so we thought that it would be fun to spend it in Finland at the glass igloo hotel. Then, since we are in the area, we will go to the U.K. for winter solstice and hopefully join the Druids at Stonehenge. Grandkids are planning to go on this trip but our oldest son’s wife will be giving birth in early Dec. We will see about when to get the older kids to Europe. Details!

Of course then we have the big trip where we will live in Austria for 4 months. We will check out some towns in Dec and hopefully have a better idea of where to look for a house. So it is exciting to plan!