Learning how to make some Santa Fe food

Last Thanksgiving, we were in Taos with our youngest son and his family. I bought a new ristra for the kitchen. My plan was to make chile sauce from the old ristra and hang the new ristra for use this year. I did make the chilie sauce using the techniques told by “Orlando’s” and several natives. Unfortunately, the skins did not blend as they should have and we had small tough pieces of skins that did not have a good mouth feel.

I then made more sauce but after boiling the dried chilies scraped the meat off of each chilie, a tedious process. The sauce tasted fine but was stringy.
As we were going to be in Santa Fe, I had thought that I would sign us up for a cooking lesson. They were offering a cooking lesson on Wed, during our stay. Perfect as the class was on making chilie sauce. Of course, my sign up had not gone thru so I had to sign up again by phone.

On Tues, we moved up to Taos, and even though the campground site didn’t have the view, it was wonderful to be back. Taos feels like another home. We thought we’d spend a little time in Taos, get some good food from our favorite haunts and drive down to Santa Fe on Wed. 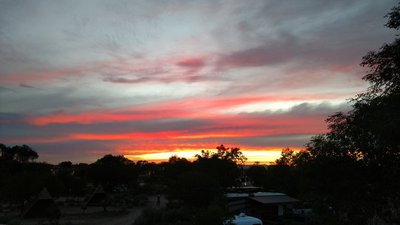 We spent our time filling our belly for the long cold winter ahead! But also found that our favorite chilie stand was now selling fresh picked and freshly roasted green “Hatch” chilies. I only bought ¼ bushel as I didn’t know whether our freezer could hold more. Now I am regretting not buying more. But the chilies were hot and our truck smelled like roasted chilies for some time.

We did make our cooking class and I found out that the problem with my chilie sauce was my blender, I need a more powerful one. Otherwise, except for over cooking the dried pods, I did everything right. But we did learn lots about chilies which is helpful. We also made fresh corn tortillas which are so simple to make and taste so good. 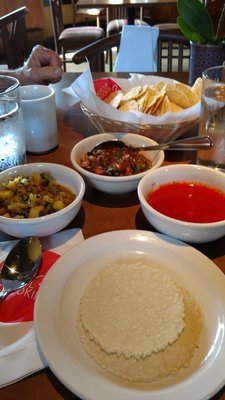 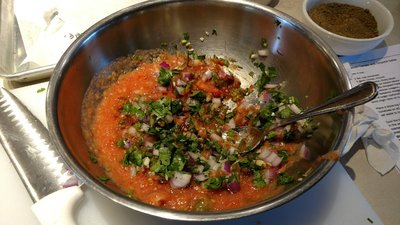 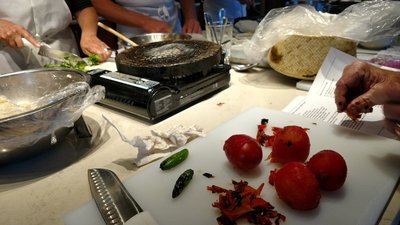 With our mouths still hot from the salsas we stopped for hot chocolate like the Aztec’s would drink. That and a spicy brownie seemed to help. 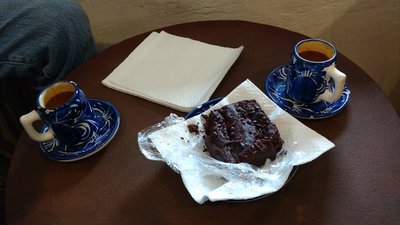