And they are off

The boys had been busy working until driving up, so hadn’t packed up their backpacks. They hoped to pack in the early morning then get on the trail. Our granddaughter and I were to drive vehicles over to the other side of the Sierras.

This plan changed when the truck stopped. Dale did not want to leave me alone with a truck that might not restart as the road into Kings Canyon is a long uphill pass. He refused to go along with the boys.

Boys got up around 6am and started sorting gear and food. It was soon after that Justin realized he’d forgotten his bear canisters at home. These are cans to store food that are bear proof, a must for camping in bear country. These canisters are also for rent at the Interagency so now he had to go down after all. 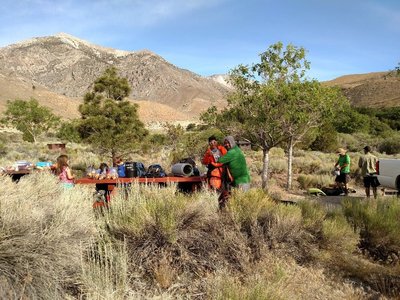 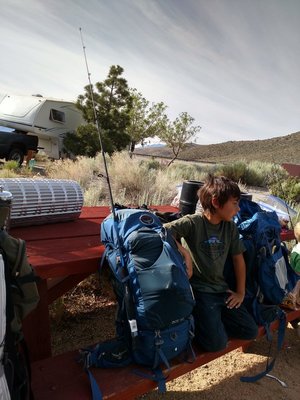 Once everything was packed Justin realized that his hiking clothes also got packed, but as everyone was ready to go he decided that everyone should start and he’d follow. The 3 kids started out first, they were so anxious to get on the trail. As the trail follows the face of the 1st hill, we could see them for quite some time. The youngest, Sequoia, had many rests but seemed to keep going. 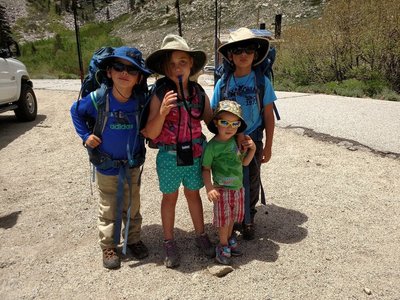 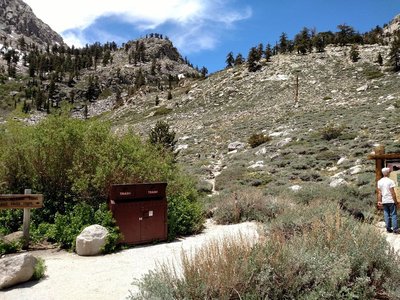 Nate, Camilo and his son followed and soon caught up with kids. We watched until they went to the backside of the hill and onto the next mountain. 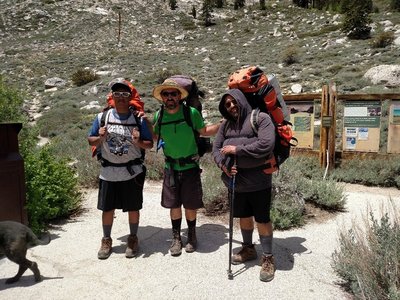 After about 3pm and a couple of other delays, Justin left with a very heavy pack. I watched as he started up the trail. I was feeling what many mothers feel as their kids leave and there is nothing more we can do. He is nearly 40 years old but I still want to make sure he is safe. They are always my babies! 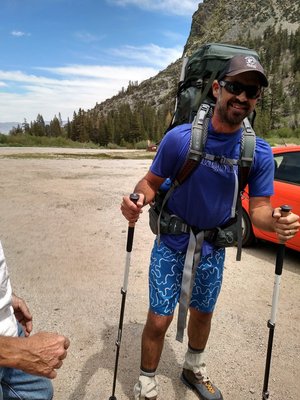