A little of our lives here

Port Hardy is located at the northern end of Vancouver Island. It is about an 8 hour drive from Vancouver or a 1 hour flight. The island is accessible by both plane and ferry.

The Bed and Breakfast, Orange Tabby, is just across the street from the Queen Charlotte Strait. There is a park with a paved walkway that runs for several blocks along the water of Hardy Bay. Eagles fly overhead, landing in the local trees. 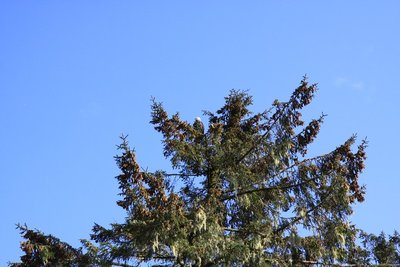 The purpose for this trip is really for Bekki to complete her dissertation project so my reason for being here is not only to take photos but to care for Emilio while Bekki works.

Tues and Wed was mostly caring for Emilio. The owner of the B & B brought us a stroller and toys for Emilio and the stroller was so great for walking the path along the water. We did a morning walk and an afternoon walk. I’d take Emilio out when he’d be tired and we looked for eagles, birds, otters and seals. We’d come in after he would fall asleep 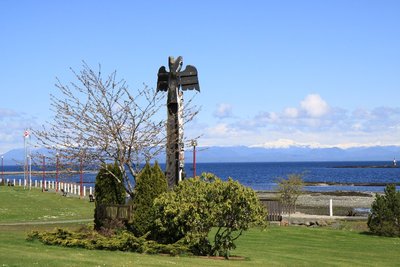 Unfortunately I had claims work that needed to be done so that took up the times when Emilio was sleeping. But there are worse places to complete work.

I’d posted photos on facebook for Dale and other family members to see and keep track of what we were doing. Once I’d posted the photos I realized that Dale would really love being here. He did make a comment about driving and while he was kidding I knew he really wanted to come. I looked at United.com and there was a fare, cheaper than either ticket Bekki or I had found. Dale was on his way.

We picked Dale up on Thurs afternoon at the little Port Hardy airport. Such an unexpected way to spend our week and we really were happy for the extra help.

Getting to Port Hardy

I made my 6:30am flight but had stuff in my hands still packing as I was trying to check in. Once I got down to the gate I opened my carry on and finished packing.

I knew that I had plenty of time between my 3 flights so that getting to the various was not a problem. The problem would be once I got into Vancouver there would only be 1-1/2 hours to go thru customs, pick up my check in bag, get on a shuttle to the next terminal and then catch my flight to Port Hardy.

I got into Vancouver and once I got out of the terminal found a transportation person who told me to go across the street to catch the shuttle. After standing there for a few minutes I asked someone else who didn’t know, asked yet another person who told me I was in the wrong area. Finally I found the right stop and found people who were heading to the same place. I stuck to them like glue!

The plane to Port Hardy was a little tiny commuter plane, like the little puddle jumpers of years ago. 1 row of seats on each side of the plane, so small one can’t stand up inside. The flight crew left the cockpit door open so I could see them flying the plane. Oh, it brought back flying memories!!!
The flight was mostly cloudy but near Port Hardy the skies cleared and I could see the road we drove so many years ago.

As I exited the plane the co-pilot asked how I liked the flight and I told him that I loved it! Love the little planes. When he asked why I told him that many years ago I was flying with a current pilot’s license. He told me to get back flying. Maybe I will someday!!

Bekki and Emilio picked me up at the airport. We made a couple of stops then went to the Bed and Breakfast place where Bekki got us a room. We thought that we’d stay for at least the night. It was a room with a bed, but really sharing a downstairs apartment. Off of the entry hall are bedrooms to the right and straight ahead and to the left a laundry then living room, dining room and kitchen.

I still had food that I’d brought and Bekki had a few things so we lit candles, opened wine that I brought, ate dinner and just enjoyed our being in Canada.