On the Road in Czech

Time to leave Prague, Dieter would be outside the hotel near 11am. We had breakfast that the hotel served: toast, meat, cheese, tomatoes and coffee. From breakfast we finished packing then went out to the square to buy some chocolates, macaroons and a cappuccino. We met Dieter, threw our things into the back of the car and were off. 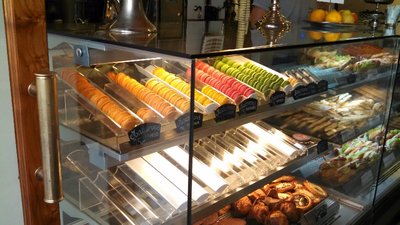 On the way Dieter suggested that we go to a summer palace in Pilsen and we agreed. When we got to Pilsen it was lunch time so of course we had to eat first. We found a little pub and popped in, the weather was becoming fierce outside; wind, and very dark skies. 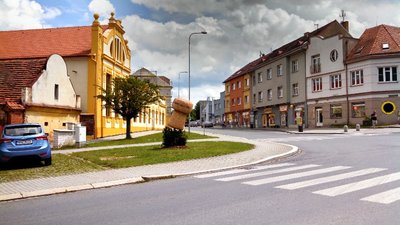 What a wonderful surprise; the restaurant served gluten free food, nearly everything on the menu could be made gluten free. This had been a problem in Prague, there were very few selections so this was so very welcome. I had a meal called Tavern Potatoes; consisting of fried potato slices, a cream sauce with ham and broccoli over the potatoes. Everyone agreed that this was the best dish of all and I certainly thought it was too. The warm food was a contrast to the storm outside.

From lunch we found the summer castle. Skies had cleared so it was perfect timing. The castle was closed for the day but the gardens were quite beautiful. We wandered about for some time before heading down the path for some Hungarian Coffee, a coffee with egg liquor.

Time to get back to Amberg and watch the world cup.