A Return to Pierre S.D.

We brought our grandkids to Pierre 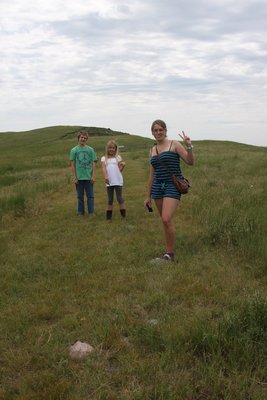 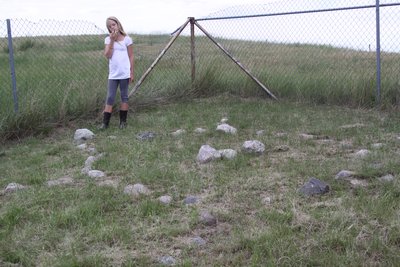 From the shore we headed straight south then west to Pierre, the capital of South Dakota.

We’d been to Pierre 8 years ago and wanted to show the grandkids what we’d discovered. 8 years ago we were on the road to Mt. Rushmore. We’d stopped at a rest stop for the night, just before the turnoff to Pierre. In the morning we got out and I found the little information stand with info on Louis & Clark in Pierre so we went there finding a day full of activities.

We didn’t bring along the pamphlet on the driving tour but thought it would be easy to find. Well it wasn’t. We went first to the Chamber of Commerce, where we remembered going 8 years ago, but it was flooded nearly to the door so there was no one in to help.

We drove to the cultural center but no one there knew what we were talking about. Apparently the driving tour is no more. I got online and found the turtle effigy with directions but by then we were starving. After a quick bite to eat we went thru the museum at the cultural center. We showed the kids the plate brought over by brothers sent by the king of France, declaring the land for France. We also pointed out the shirts worn by the Indians massacred at Wounded Knee and a bullet used by the American Calvary to shoot them.

If you are ever in Pierre, S.D. then stopping at the Cultural Center is an absolute must. There are many hands-on exhibits for the kids/adults that are interesting, we were surprised at our own grandkids and how interested they were in the exhibits. The museum covers American Indians, homesteaders, miners, farming and so on.

From the Cultural Center we drove up to the Turtle Effigy. There are about 100 known effigies in S.D. This particular effigy is on a bluff overlooking the river. The story is that a young Indian was on the bluff when he saw a war party arriving. He was running to warn his tribe when he was shot. He continued to run up the hill bleeding and then fell down dead. The warriors were so impressed with his bravery that they placed a rock over each drop of blood and then placed the turtle effigy over the site of his death. We parked at the bottom of the hill then walked until we found the rocks leading up the hill following them to the effigy.

Now off to the Badlands