A Last Day in Taos

Last of the family time for now

Our last full day together in Taos, time to pack in food and fun.

After a huge breakfast at the Taos Diner, we were off to the square to do some major walking and a little shopping. Dale and I needed a new ristra for our front door and a new one for cooking, maybe more fabric for pillows for the couch, and whatever struck our fancy.

We then returned to the square after giving the grandkids a bit of lunch. We’d wanted to take them to Michaels Kitchen, for the best sopapillas in Taos. After walking for 10 min we arrived at Michaels only to find it closed until Dec 16th.

We decided that we’d just walk straight over to the toy store, Whirl, where there was a Christmas party going on for the kids. Kids ran around, made crafty ornaments and ate cookies. 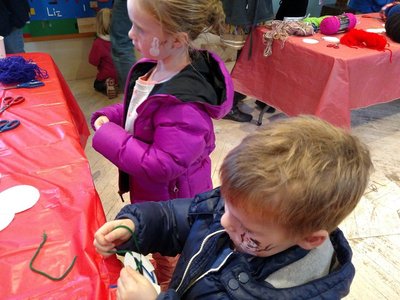 By the time Clayton and Jen joined us we were ready to stuff in some dinner at La Cueva, yet another favorite gluten free restaurant.
From dinner, we came back to the resort as we had tickets to see Robert Mirabal. 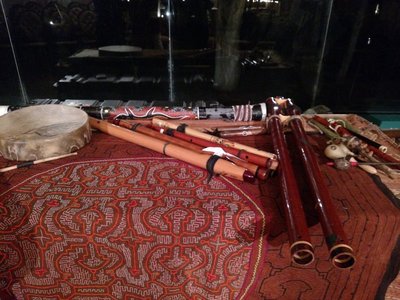 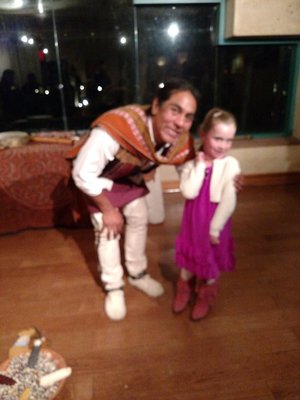 http://www.mirabalnativeflutes.com/
Robert Mirabal is a story-teller, whose stories are told thru the music. It was an amazing show. He plays his flutes, tells stories and his daughters accompany him in song. There were not many people in the audience so we have a very intimate and moving evening.