Celebrating Easter, having fun at the State Beach

It was cold and cloudy on Saturday morning but kids work up early and started playing outside as if it were a warm summer day. We had 5 young grandkids camping: 3 boys – 3, 6 and 8; and 2 girls: 4 & 5.

Meanwhile, the boys found a sand hill behind the campground. All 3 were happy to dig and play in the sand. 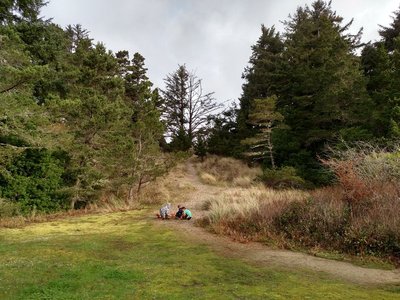 Mid-morning we all walked down to the beach but not together. Christine and I left a bit later than the rest and we ended up north of everyone. 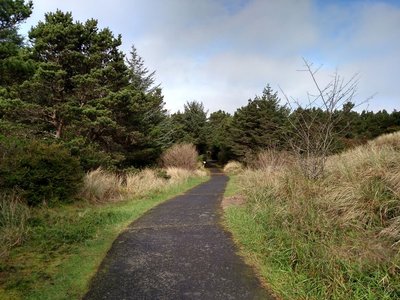 But a walk down the beach and there were kids running in the freezing water, boys with their shoes on even. They didn’t last long and were soon huddling by a log shivering. Fortunately, we’d told Justin to bring clothes for them so he arrived with clothes and immediately took them back for warm showers. 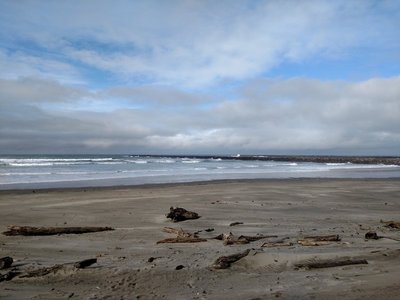 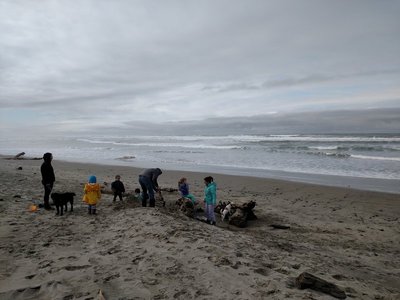 As Sunday was Easter, Jen had suggested that we have an egg hunt on Saturday, as we’d all be leaving on Sunday. And Jen being Jen had made an Easter basket for each kid.

Jen and Zoey had stuffed plastic eggs, some with chocolates and some with other things. As it turned out, Christine had done the same thing so we had double the eggs for kids. While kids ran amuck Jen hid the eggs.

This was Cassie’s first Easter, she and Christine only arrived from China last year. Cassie wasn’t sure about the Easter basket but as soon as the other kids started showing her the treats Cassie was fitting right in. 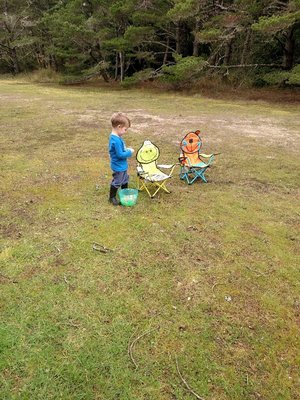 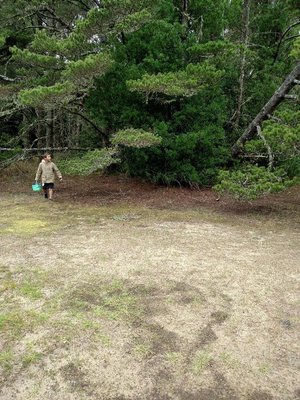 Kids had their egg hunt. Before hiding the eggs again, they made sure to eat all of the candy. They shared the next egg hunt but not the treats!
Kids did not ask to go to the water again, they instead had fun riding bikes and scooters around the campground, where it was warmer. And adults and kids played Frisbee on the large grassy area.

It was an early to bed for kids giving the adults a nice wine time. We don’t know when we will all be together again and Dale and I treasure these times.