Orebro, the Most Romantic Castle

Next stop Sweden; we’d hoped to make both Orebro and Stockholm but alas…. Time was not on our side. Too much time was taken in the journey and not an emphasis on the destination. We chopped out Stockholm; I’m sure it is a great place to visit but there you have it.

We nearly made it to Orebro when we found a campground and stopped for the night. We were all hungry and it seemed like good timing.

The campground is located on a lake, tent camping is along the lake with motorhomes behind the tents. We found a site and also found a table located at the lake side that was empty.

We had our dinner and watched a beautiful sunset. 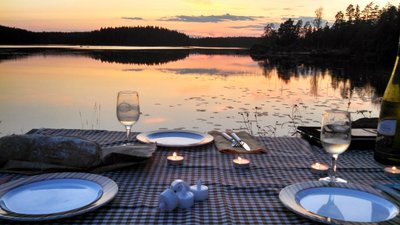 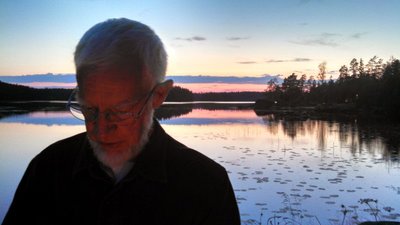 I woke up at 2:30am and it was light already, the sun wasn’t up but there was enough light to read a newspaper.

We drove into Orebro late morning as it takes us forever to get out and about. We went straight to the castle and signed up for a tour. The history is interesting: King Karl was no angel, that’s for sure. He would walk around the city with a stick with a silver ball on top. If he deemed that someone was not doing right then he’d give them a good swat. I thought I should get something like that to knock people upside the head!

It was really hot, probably in the 90’s, so the tour thru the castle was a welcome relief. 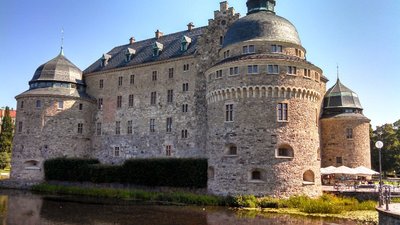 From the castle we walked out to the side streets and found a food court, buying cheese and sausages. Then had lunch with a little white wine.
From lunch we walked along the river to a little village, Wadkoping, which has actually been relocated to preserve the buildings. Buildings are from the 1700’s, and open for looking at your own pace. Doors are small and walls uninsulated. Some interior walls still have the decorations from so long ago. Some houses are furnished others buildings empty. 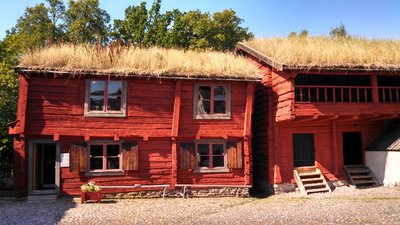 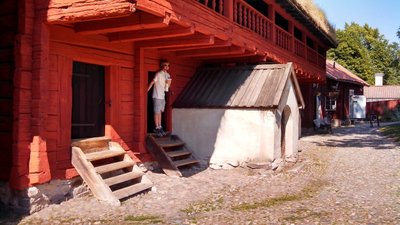 We walked back to the castle square, saw the church where Jean Bapististe Bernadotte was chosen to be king. The church is a simple church next to the many grand churches we’ve seen.

We went back to the campground for another dinner by the lake.

So now it was time to head south, back to Brussels. This would be about a 14 hour drive with a stop in Copenhagen.
We had to drive thru Orebro so we made one last lunch at the food court, bought ice then started driving south.