Making a very short tour of the Underground Railroad 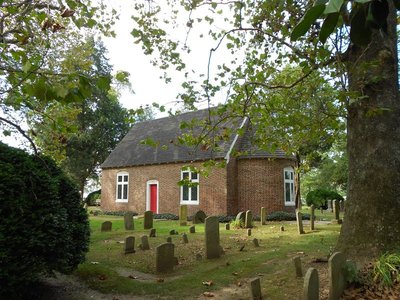 As we didn’t make it to the Dorchester Visitor’s Center on Sunday we got there by noon yesterday. I was already armed with a list of places I’d found on-line of Underground Railroad sites, needless to say, a very condensed list. I’d been to the place in Africa where kidnapped people were put onto the slave ships so now was the day to come full circle, where they ran for their freedom.

The Visitor’s Center is a great place to start; the docent’s will direct you to the closest sites, just blocks away. They also have a nice interpretive section downstairs. This is the place to start.

The docent directed us to the court house where people were sold into slavery on the courthouse steps, just up the street from the docks. The original courthouse was destroyed and then destroyed a 2nd time, but the front of the 2nd rebuild is still in the front. It was here that Ms. Tubman’s niece and 2 children were to be sold; Ms. Tubman helped with this rescue in which the niece’s husband, a free black, bought his wife and 2 children. But before he paid anything he left with them, sailing up the Chesapeake Bay to freedom. I love this story!!!!

Across the street from the courthouse you will find a very old, wonderful church with graves from the 1700’s. Some graves are above ground and some below with the very old ones right next to the church.

Next stop I’d found just poking around online was the Old Trinity Church, built in 1750. The exterior is original but the interior has been remodeled as per the info. The church was locked so we couldn’t peak inside but we enjoyed the quiet of the outside. The church is not visible at all from the road, but the road is marked by a sign. As with most churches here, graves surround the church, with one important grave belonging to Anna Ella Carroll, a successful war strategist for President Lincoln.
http://oldtrinity.net/about_OLD_TRINITY.html

We had the brilliant idea that we’d go have a quick and very late lunch at Old Salty’s only to find the restaurant closed on Monday’s. We had to settle for nutrition bars as we went on to our next stop, the canal built by hand. This is a 7 mile canal built by slaves and free people. You take a little road that drives along the canal but it is not marked.

From the canal it is an easy drive, or it should be, to the Bucktown Store. Our problem was that we didn’t read the maps, (yes maps) properly since GPS doesn’t work in those parts. So if you are going to do this I suggest you MapQuest first and have a good idea of your route or you will end up like we did; driving in circles for a couple of hours.

The waste of driving time, however, turned out to be in our favor. But 1st a very brief statement on the Bucktown Store: this store is where Ms. Tudjman was hit on the head by an overseer when she attempted to stop that overseer from hurting a slave. She was 13 years old.

We found the store, having read that if you are lucky you will get to go inside the store so I had only hoped to get inside. So we arrived but were unsure that this was the place; 1st the guide called the store the Blacktown Village Store and this Blacktown Store looks all spiffy plus has a sign “Blackwater Paddle and Pedal”. We started to drive on but then stopped just to make sure.

I went to the door and looked thru the glass to find the most amazing sight; what appeared to be original store, right from Ms. Tubman’s time. I noted that the floor had dips in it, thinking about the women who must have shopped at this store so many years ago. I called Dale to come look.

Dale was looking in the window when a van up pulled up with kayaks on a trailer; a sign that maybe this was associated with the store. A woman was driving then she pulled around to the back of the store and was unhitching her trailer. I asked if she was by chance someone who could let us see the inside of the store and she said “yes”.

As it turns out we had just met Susan Meredith, co-owner of the store; her husband is several generations from the original owner. Wow! Susan let us in and gave us lots of history, more than we could have imagined.

I’d love to go back and do some major photos shoots; I missed a major opportunity to shoot Susan in her environment and could kick myself. I’d also love to just spend a bunch of time taping her stories in the store, but since I’m not a professional that probably won’t happen. But still I’d love to just get some of this down. www.blackwaterpaddleandpedal.com

Finishing Work and Starting to Explore

Exploring the East Shore of Maryland

Yesterday morning I finished up the last of my work. I found that I’d gotten and closed 77 claims, now that is a decent storm. As it turns out 1 must wait for an estimate from the insured and another need the report to be tweaked but I got to those when I could.

I finished up by about 9 a.m.; Dale was making a celebration breakfast already so it was good timing. We had some Iron Horse champagne that we’d been saving for a couple of years for this celebration so we popped that and had a champagne breakfast celebrating his stopping work, meeting some financial goals and my finishing up a big storm.

After breakfast I was so tired and drained I went back to bed and slept soundly for an hour but woke up ready to get out of the RV. I didn’t want to do anything specific, just vege out.

We had several ideas for visiting but then I was looked up things to do on the East Shore and saw something on Harriet Tubman. I did a little more research and found an amazingly brave woman. And even though I’d heard of the Underground Railroad, I found that we are right here and have actually driving over some of the area while working. This is something I had to see.

We started for Dorchester County Visitor’s Center, the start of the Underground Railroad Byway http://byways.org/explore/byways/2260/itinerary/77287 but then when we got into Annapolis thought we’d look at the historic part 1st.

As it turned out there was a huge boat show going on in Annapolis so everything was jam packed. We were stuck on a street and when we could turn around ended up in the real historic part where we passed the Marketplace. We wondered if the Marketplace was where the slaves had been sold but after some research I have not found any facts to back that.

We drove on to Dorchester but arrived as the visitor’s center was closing. We consoled ourselves with a walk by the water, chatting with a dad and his 2 sons; one of whom had just caught a fish and was proud of himself.

As the sun was beginning to go down we started back but Dale stopped at church ruins I’d seen on the way down. It turns out that we stopped at the “Old White Marsh Cemetery and Church”. I grabbed my camera and tripod ready to get back to the photo taking business. Turns out that the original church was built in the 1690 and some graves are from the 1700’s. Now after a little research I find that it is listed on the “haunted places of Maryland” list. Didn’t see any spirits though. 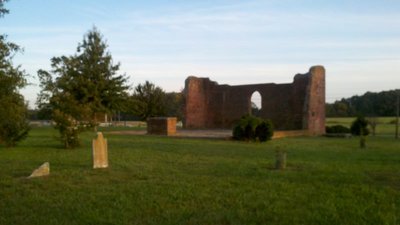 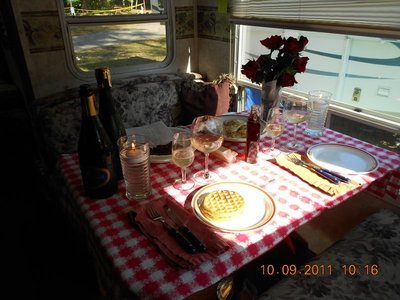 One thing that I learned early in my adjusting career is that every state produces wine, some good some bad. Lots of bad to find the nuggets of good.

I’ve probably written about our wine tastings, well I try to buy wine from wherever I am for the next wine tasting. And so it is here in Maryland, I figured that if Virginia wines are good then Maryland must be ok too.

I’d heard about a wine festival on TV, advertised that lots of Maryland Wineries would be there, lots of food and crafts. I thought it might be fun to do a wine tasting ourselves, eat some good food and buy some Christmas Presents at the craft show.

As it turned out we were really late as I had claims in DC. Dolly went sightseeing while I worked, we picked her up and went on to Baltimore. We only had 1 hour before the tasting closed but as it turned out we had quite enough wine in a very short time.

The festival was set at Carroll County Farm Museum, a farm and setting of old buildings. A sort of “Kern County Museum” in Bakersfield. So to set the scene; the parking is across the road and one walks by a grove of trees with a pond to the left of the party. White tents are set up to the right. The farm buildings are not really visible but then I didn’t know what I was looking for anyway.

Now I am a pro at these tastings. My first one, in Paso Robles, I drank the entire amount poured in my glass and boy was I happy!!! Just wasn’t happy to be not enjoying the wine. This time I insisted on the tinniest sips and then threw out the rest if there was more than that. I was able to taste quite a few wines and not feel the effects. But we sure saw lots of people who felt the effects of the wine; loud disinhibited levity and then those who were a little sick! (or more than a little)

We tasted a bunch of wine, most of it not what I’d ever drink again but some not so bad and we did buy several bottles of wine.

For a reduced rate Dale became our designated driver. He kept asking me what I thought of a particular wine and I’d say “it’s really different”. Poor guy I said that about so many wines but I couldn’t articulate why it was different. After trying I don’t know how many wines I was tired of tasting and it was time to find some food.

We went around and found some really great Cajun food, and it was gluten free so I could eat.

We finally got to the craft fair when everything was closing down. Oh well, no one needs a present.