A hike into the Long House

Tuesday morning, we had a fairly early hike, and with the drive up to the Mesa, another 45 minutes, made our departure time even earlier. I was a little concerned that there might be ice on the road as it was only in the 20’s but roads were clear.

For this day we had a hike into a site we’d never visited before, “Long House”.

“Long House” is a different hike, 2 hours in total which includes the tour of the site, most other hikes only last 1 hour. The hike itself is easy at first, level and paved, but down into the site, the trail consists of steep switchbacks. It wasn’t so hard that we had to stop too many times on the way out, but, we wished we would have brought water.
https://www.nps.gov/meve/learn/historyculture/cd_long_house.htm

The ruins are appropriately named as the alcove is long with the site stretching along further than others do. The ranger led us thru the site walking to the rear to see the seep spring, pointing out where the people collected their water. We reflected on how the community must have interacted at the site, possibly gossiping or exchanging ideas while collecting their water or keeping the chaos of children’s games from muddying their water. Coming out of the site the ranger pointed out a hand print on the top of the alcove. 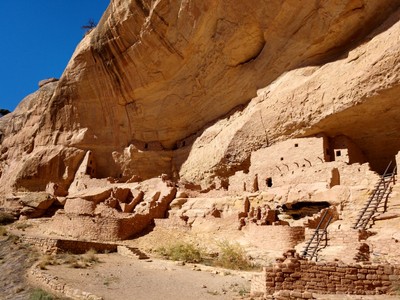 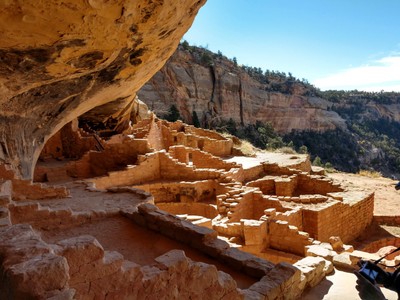 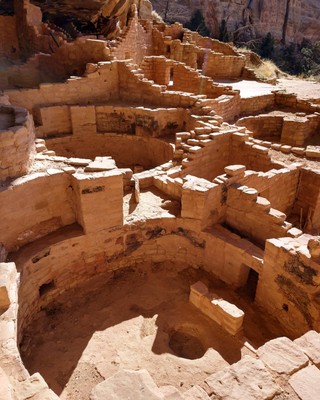 Going into the sites gives one the sense of going back in time and the rangers are knowledgeable and give us a chance to reflect on those who went before us. 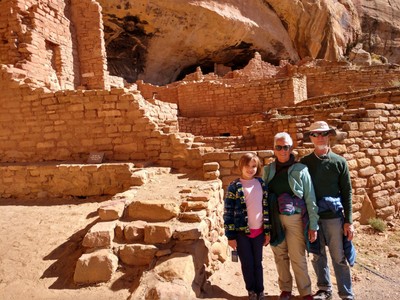 We are looking forward to going back.