A Day Trip to Chawton

Visiting the home of Jane Austen and her family

I love Jane Austen, I’ve read her books over and over. Poor Dale has watched every movie based on her books with me. So seeing that Winchester was close to where she lived and wrote, we had to go.

Fortunately, the bus that stops in front of our hotel goes straight to Chawton the site of her house. You must ask the driver to stop at a stop not usually used. Then walk to the house, about a 15 min walk. 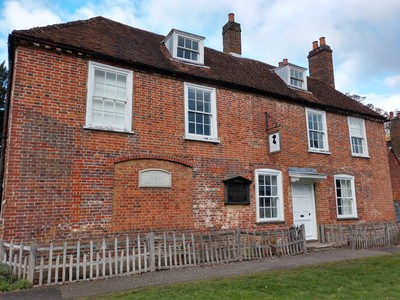 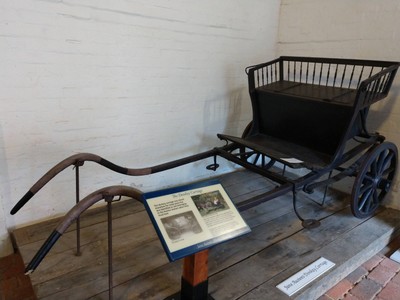 The house is surprisingly small, with artifacts from the family inside. It was so amazing to see the small round table that she wrote at. The top is original but the bottom is not. Items of silver and dishes are original, as are several pieces of jewelry and clothing.
https://www.jane-austens-house-museum.org.uk/

Upon entering the house, we were met by a gentleman, Jeremy Knight. He gave us lots of information and was quite enthusiastic about the house and contents, and of Jane Austen. It turns out that Jane Austen was his aunt, adding several greats to Aunt. What a privilege to meet someone like him.
https://janeaustenlf.org/pride-and-possibilities-articles/2017/10/24/issue-23-a-interview-with-jeremy-knight-part-one 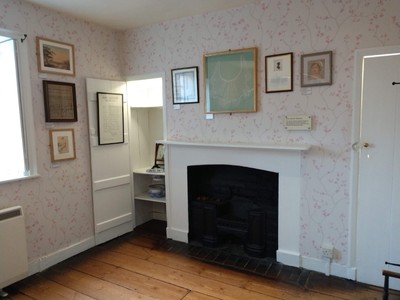 After touring the house, kitchen and gift shop, and trying my hand at writing with a quill pen, we went on to the Chawton House. This was the home of Jane’s brother who was adopted by the Knight family in order to pass down the property. Women couldn’t inherit the property at that time. Jane stayed in this house for a while and visited often.
https://chawtonhouse.org/

The walk to the Chawton House was so beautiful, trees changing colors and fields with sheep beyond. There were few people in either place or walking. We had everything to ourselves. 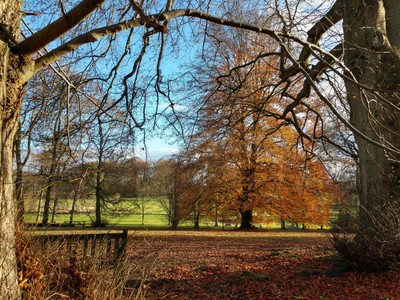 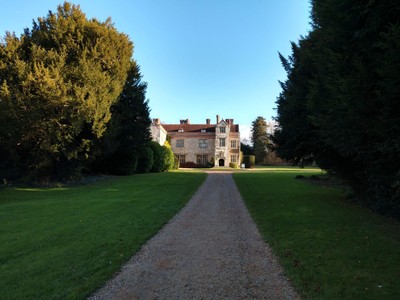 The Chawton House has a kitchen that was built in the 1500’s and parts of the remainder of the house were built in the 1600’s. The kitchen has been turned into a tea room/café. We were hungry by the time we arrived at the house, so had lunch in the kitchen. It is well worth stopping for lunch or tea and cake. By the way, everything is made in-house. The chocolate gluten-free cake is to die for! 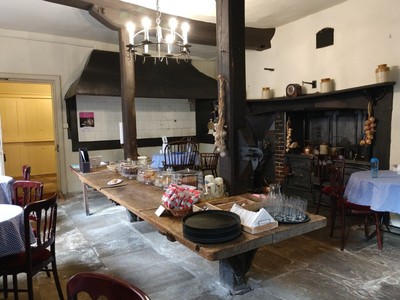 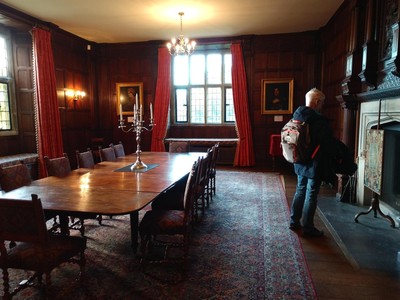 After lunch, we took a self-guided tour of the house. It is a large home and great if you like wood paneling. There is a library full of books written by women from the 1600’s to 1800’s. Unfortunately, the books are only for researchers but they were fun to see.

We enjoyed ourselves so much that it was dark when we started back to the bus stop. We were a little concerned because we had to cross a very busy street with no signals. But we made it in one piece.

After stopping back in Winchester downtown to buy wine we decided to try a little place for dinner that I’d read about. It was really cold outside and lunch had left us. We went to a tiny place that serves pies: pies stuffed with beef, chicken, game, veggies, you name it. The pies can come with mushy peas or mush (potatoes). Almost everything is gluten-free so I could eat most anything on the menu. Now it’s a new favorite!!! 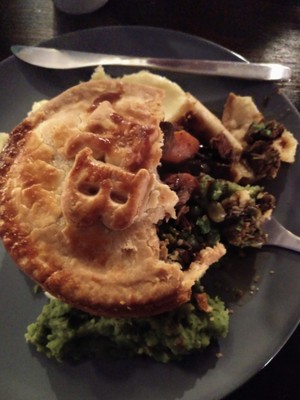