Entries about from the heart

A Day in New Orleans

We had a long list of to-do’s for today. Eating some gluten free New Orleans food, lunch with a co-worker, shopping, more shopping. 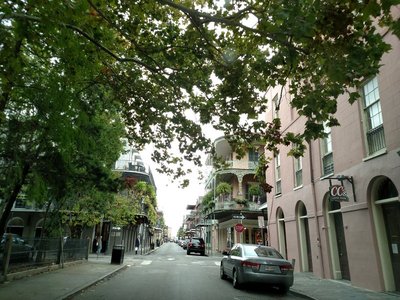 We parked next to the quarter and 1st thought we’d stop at Café du Monde for coffee. There is a table off to the side where I’ve sat nearly every evening while working, just having some coffee and writing claims. Well, that was an idea that wasn’t well founded. The lines were down the block.

I’d googled gluten free breakfasts and we found one restaurant that wasn’t open until 11:30 for brunch. I googled again and saw one that I’d seen
before but dismissed. “From the Heart” is in the French Market. I’ve been in and out of the French Market before but it isn’t so glamorous as inside the quarter. But we thought we try it.

The French Market consists of stalls selling all sorts of things and then there is a sort of , food court. Little places with counters and about 6 or so bar stools. Then there are tables in the center as well.

We found the most amazing crab cakes, lots of vegan dishes, no pork served, and many gluten free items. But the crab cakes had no filler so they were just crab with spices. I was in crab cake heaven. 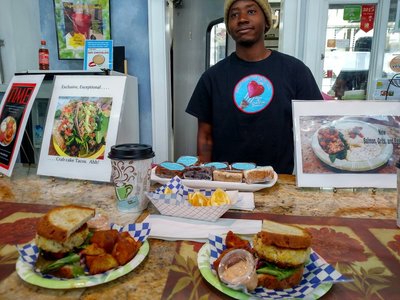 We had several items to shop for: olive salad for us, our boys and friends, crab boil oil, Old Bay, coffee with chicory, and Old New Orleans Rum. I looked longingly at masks, but the mask store that I’d bought the really good ones at was gone. Besides, I’m changing the décor in the house and don’t need any more masks.

We met my co-worker at a little hole in the wall, The Joint. Way off the beaten path, but amazing BBq. Later I found several local people who said it was their favorite. 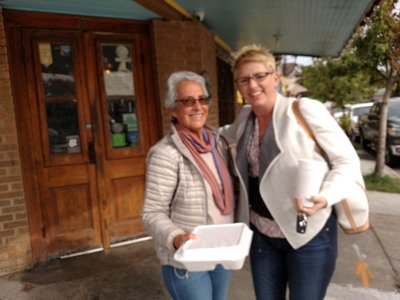 Dale had not been with Justin and I when we went to Old New Orleans Rum, way back when. It was fun to show him a little of the distillery and do some tasting. The ginger rum drink is the best!

My friend always has the most fun haircuts, and mine was beginning to be a mop, after weeks of neglect. She told me that she goes to a barbershop and for $15 they cut her hair. I was a little reluctant to go to a barbershop but decided that it was to be. The barbershop is located in a building, just a little place with 2 guys, 2 barber chairs, 2 chairs for waiting. That’s it. But the haircut works and the guy got rid of 10 lbs of hair. 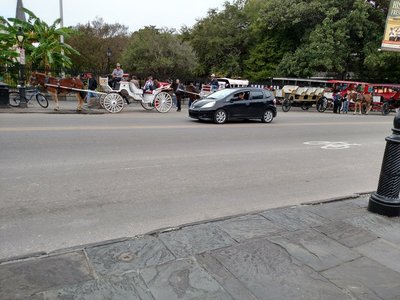 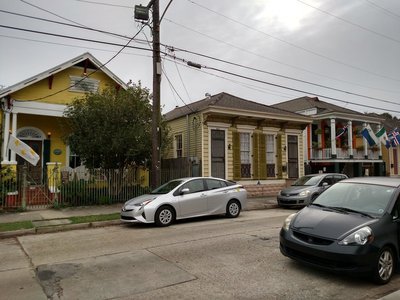 I googled gluten free gumbo and a place came up. There were a few glitches but really the best, steaming hot gumbo ever.