And so the train moves on, quickly to the north. On towards the Arctic Circle. 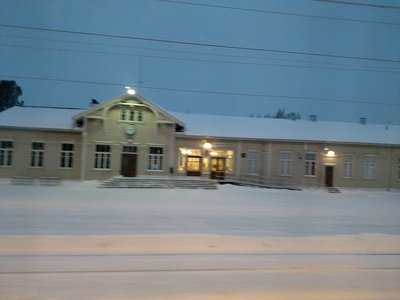 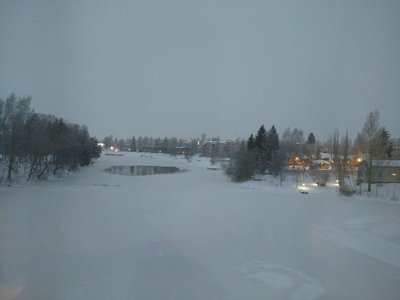 It was dark when we boarded our train at 7:50am. The train started and as it moved quickly thru the dark, past small towns, we felt like we were in the Polar Express movie. As the sun came up we were entranced by the trees, completely iced over and glistening in the sun. This is a winter wonderland like nothing we have ever seen. 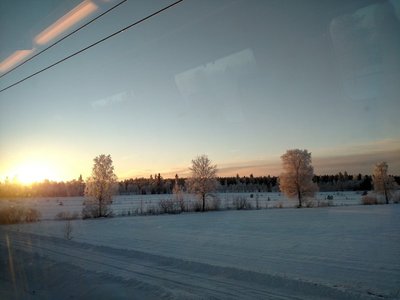 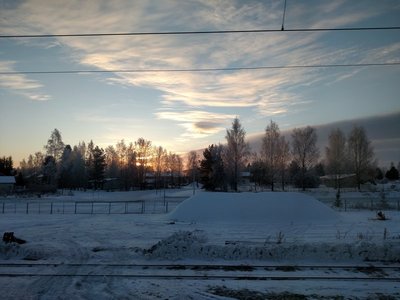 It was a 4-hour ride to Oulu and we did not know what to expect as every day we’ve had some experience entirely different than any other.

We were starving after checking into the hotel but the sun was still up and we thought we’d see the Baltic Ocean during the light. We walked down on the slippery sidewalks, I was hanging onto Dale. We had to laugh, if one went down, we both went down. 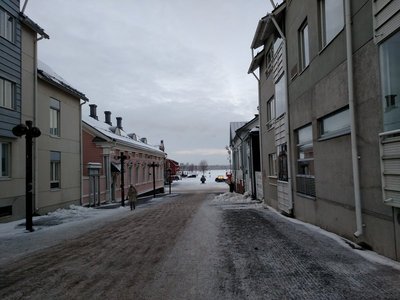 There were no good photo ops but we did duck into one of the old markets. The building has little shops lining the sides and down the middle. Shops sell knit goods, meat including bear, fish of all kinds, coffee, and food to take away (food ready to eat). 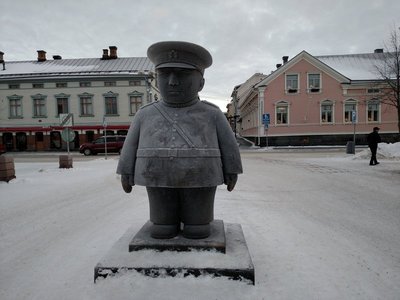 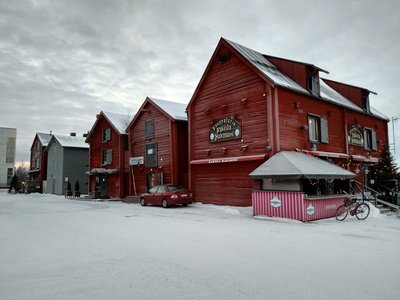 We then walked back to the smaller square and found a restaurant recommended in the guide book but lunch was finished for the day. So back to the old market for some Salmon Soup and coffee.

We walked more and were hungry still so went to a restaurant recommended by a woman, “The Flying Reindeer”. Of course, we had to have a sirloin of Reindeer!

We found a little bar, also in the guide book. One that was supposed to have a huge fireplace. We popped in and the bartender recommended a Finnish drink, not quite as strong as Vodka. They started a roaring fire and told us to enjoy it. As it was only 3F, we were feeling very smug. 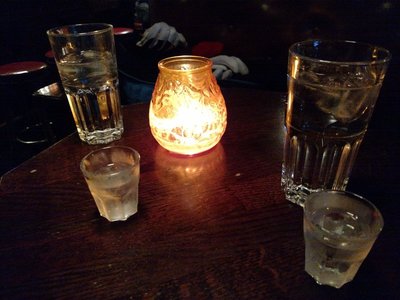