A Little Time in Balcony House

A walk into Balcony House in Mesa Verde

Instead of playing in New Mexico on Sunday morning, we drove off to beat the storm. At least we hoped we were beating it. We wanted to get to Mesa Verde in Colorado where there was no rain in the forecast.

Driving north we always love driving by the “Earthship Homes” in New Mexico and someday we will stop so I can shoot photos of the fun homes. We know we are on the right road when we pass by the homes.

As we started over the pass we discovered that snow had already fallen, fortunately, the roads were not slick. It did snow for a bit while driving but mostly we left it behind after the pass. We did see so many beautiful trees in full fall colors and I was having Dale stop every few minutes so I could shoot more photos. He probably thought we would never get going. 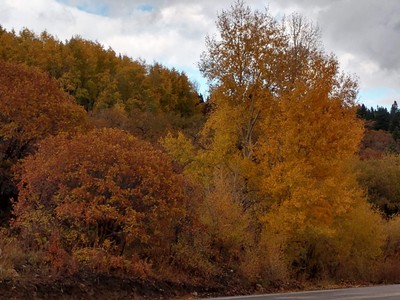 We got into Mesa Verde after dark, and it was really dark. If our truck lights had gone out we would have been goners as part of the road is on a steep hillside. This must be one of the darkest places on earth. We found the campground and backed into our site, hooking up to electricity. We were so happy for electricity as it was below freezing and the heater quickly made our RV warm and toasty.

I had looked online earlier and found that only 2 tours into ruins were available and that this was the last week of the tours for the year. We couldn’t buy tickets online but rather had to go to the Visitors Center to purchase them.

First thing Monday morning we drove down to the Visitors Center, got a Jr. Ranger book for Zaya and tickets for the 2 hikes available. One hike was for that afternoon and the other for Tuesday morning.

Monday’s hike was for Balcony House. I was looking forward to this hike as we go thru a tunnel that was used by the Ancestral Pueblo people. Kids could stand up in part of the tunnel but most of us were forced to crawl. This is also a great site as we could walk in areas where they walked and worked. https://www.mesaverde.org/files/uploaded-images/2013BalconyHs_English.pdf 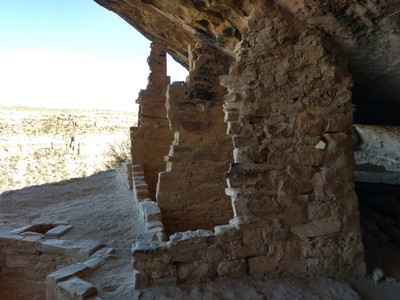 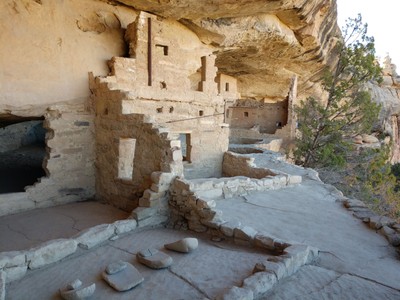 I had taken photos years ago in Balcony House but lost the negatives and gave the original photos away as a gift so I was so happy to be able to shoot photos again. I didn’t take the tripod but did carry my big camera for better photos.

Zaya was a little concerned about climbing the 30’ high ladder but after doing so wasn’t afraid at all for the others. But I was just a little worried when she was scrambling up the toe-holds etched into the cliff to the exit. She had to stretch her legs to get from one hold to another, then stopped and turned around to talk. I told her to keep her eyes on where she was going. I have no idea how I was planning to catch her if she fell and, since I was right behind her, I couldn’t shoot photos of the toe holds but did turn around and shoot one looking down the cliff. YIKES, how the ancients went up and down carrying babies, food or what have you, I have no idea! 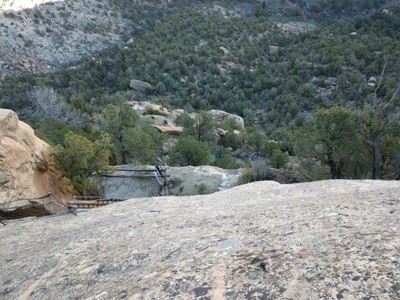 Once again, the Jr Ranger program opened up opportunities for Dale and me to learn more. We visited the pit houses on top of the mesa, learning how they were built and how people lived. We noted the foundation walls of a village around the excavated pit homes. As with our other Jr. Ranger events we had to read every word of every sign with Zaya but again learned so much. 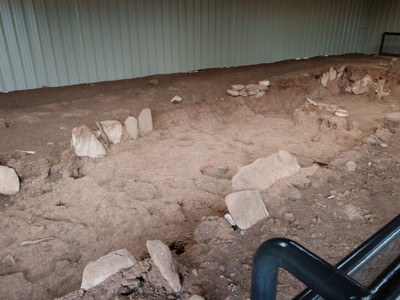 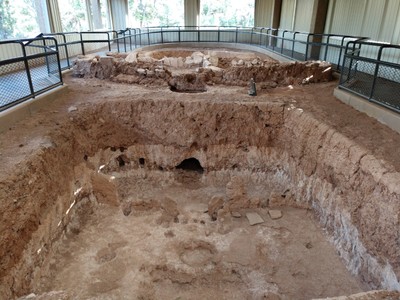 As the mesa top is open 24/7 we could take our time with our only worry being to leave by the time we wanted dinner. We were cold and tired when we returned to the RV but so happy with our exciting day.