Of course, the best part of any trip are the people we meet along the way. Oklahoma was no different.

We first went to my mom’s first cousin, Bill. Bill is the son of my grandmother’s younger brother. Bill offered for us to stay at his house and we accepted that offer. Bill and his wife were waiting for us. We relaxed a bit and a cousin of Bel’s came around to meet his Cali cousin.

Bill: I’ve known Bill since I was little. He was always the one to take us around the area. This time was no different as he was generous enough to take all of us to the Boggy Depot area. Bill took us, also to see the old home place and the school mentioned in the previous blog. 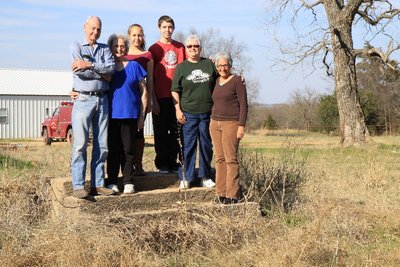 Another cousin, Barbra also met us at Boggy and told lots of stories. Her mother was a sister to my grandmother. Barbra: I met when I was in Okla. about 5 years ago, maybe we met before but I don’t remember. We didn’t really talk much that first time but then we started corresponding via email then facebook. Barbra has told me on several occasions that she travels vicariously thru my blogs and photos. Such an honor to be thought of so highly. I’ve been able to talk with Barbra via fb about troubling times and she has given good advice. She has serious health issues but is always there for others. 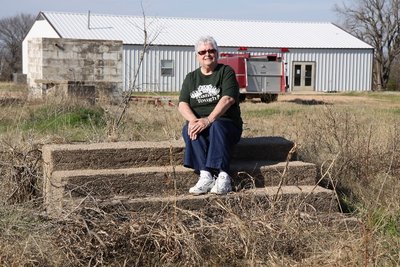 Another cousin joined us at the old school site, Royaline. Royaline: I met Royaline over 40 years ago at a family reunion that we attended at Boggy Depot. We corresponded a bit; it is likely that I did not write more than once knowing me. A couple of years ago Royaline found me on facebook. She and her husband made the trip all the way down from their home just to see me again. What an honor that someone would do that. We had so much to catch up on! 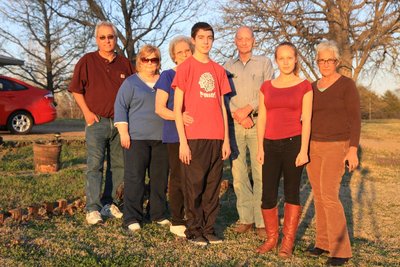 At the site of the school, Bel and Wes explored the storm cellar still standing and the ruins. Great photo opts there. 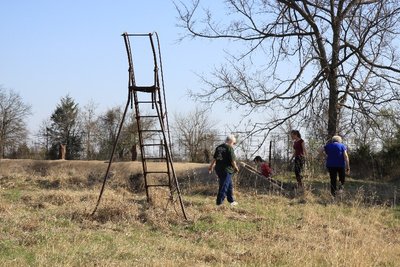 On Sat Barbra asked if we would spend the night at her house so we could visit some more. I hated to impose as she was really not feeling well but couldn’t say no. Barbra had food for us, and gave us her bed to sleep in. We stayed up talking until nearly 2am.