Trying To Get To London

Adventures before we could even catch our plane

Last year, while working in Florida, we had a family emergency and bought plane tickets to fly home and back. As it turned out, we had to drive home to work the fires in Northern California, so did not use the tickets. We canceled our flight and thought we’d use the tickets at a later date, if possible.

Our time was running out, to use the tickets so we looked for concerts we might like to attend. We found that there were several concerts in London, so we booked our tickets around the concerts. And for the same price, we booked our round trip with one stop.

Our 1st flight was set to depart at 11:50 am giving us 2 hours in San Francisco, where we would board our 3 pm non-stop flight to London. We had 2 passes for the United Club, expiring in 2 days, so I printed the passes and we were feeling quite smug with ourselves.

As we were driving to the airport, about 15 min away, a notification came over my phone that our flight would be delayed until 1:45 which would put us in San Francisco just a few minutes before 3. We drove on to the airport and Dale dropped me off close to the United ticket counter.

No one was at the counter. I ran to the parking lot where Dale was just parking the truck and grabbed my phone. I figured I’d call Customer Service.
On my way back into the terminal I saw 2 United personal walking to the ticket counter. They did not know about the delay until I told them but they proceeded to check us in. They suggested that we get to San Francisco and then see what the options were. We decided to go back home quick, repack a bag that I’d thrown things into, and pick up a couple of items we’d forgotten.

While at home we ate a little, repacked and then thought we’d get back to the airport. It was only 12:30 but I like to have a little extra time when carrying laptops, tablets, and all of the electronics I take.

We got into the airport and as we entered the terminal we heard our names over the loudspeaker. They were paging us to get to the gate. Fortunately, there was only 1 person ahead of us in the security line, and since we have Global Entry we were able to hurry thru.

We ran to the gate and found that the plane was waiting for us. We found our seats and took off for San Francisco. This would give us an extra few minutes to get to our next flight.

Before reaching San Francisco the flight attendant asked where our final destination was and what time the plane would leave. She then took our bags from the overhead bin and placed them in the front seat and she announced that we were to exit first as we had the furthest to go. 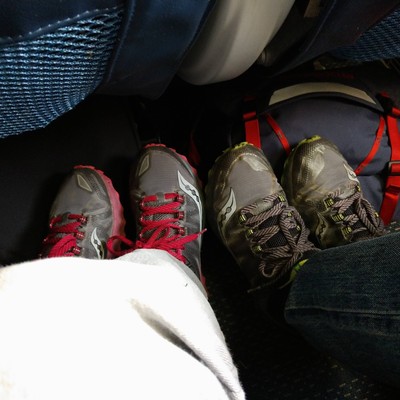 We were wearing our trail-runner shoes, so figured that we were ready to at least try to make our flight. We walked as quickly as possible from the domestic terminal to the international making it just as our group was starting to get on the plane.

What a relief to be on the plane! We wouldn’t lose our bus tickets to Winchester or a hotel night already paid for and non-refundable.
And so the next journey begins with an adventure!

One Last Day in Alaska

The rain returned in the night and rained thru noon on Wed. Kids went out for a few minutes with rain jackets on only to return to the RV cold. No hike was possible.

We had reserved our site thru Wed night but decided that leaving a few hours earlier would be fine. I looked in the Milepost and found 1. An ice cream shop just outside of Denali and 2. A museum with a kid’s area in Anchorage. We packed the RV and were off.

But before leaving the Denali area I wanted for the kids to experience some local ice cream and at the ice cream shop we found Huckleberry Ice Cream. Zaya was thrilled, as she remembered the huckleberry ice cream from Glacier National Park.

We made it down to Anchorage on Thurs but before anything else, we had to have French toast with Wild Blueberry Syrup. Yum, we are crazy for the syrup. 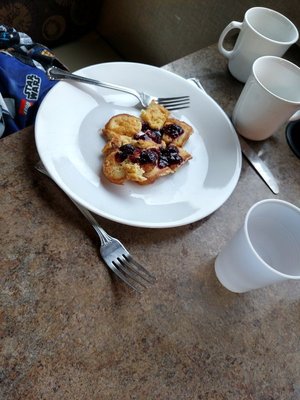 We found the Anchorage Museum by afternoon. The kid’s area is so great, all hands on things to do. Lots of experiments to teach kids of all ages. We didn’t leave until the museum closed at 6pm. 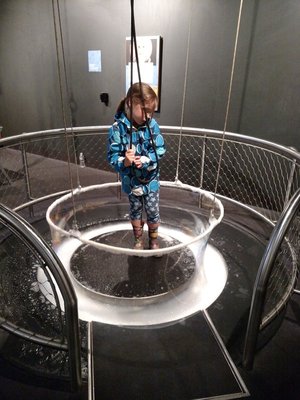 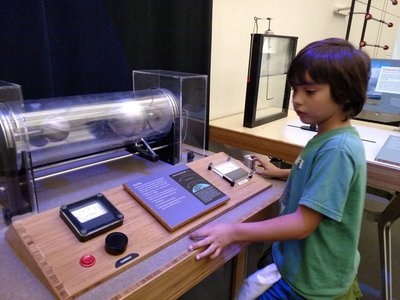 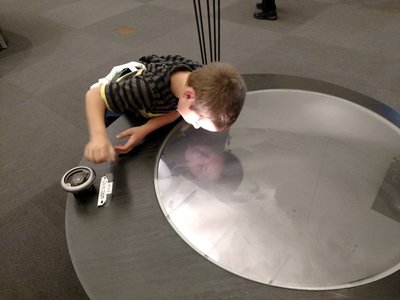 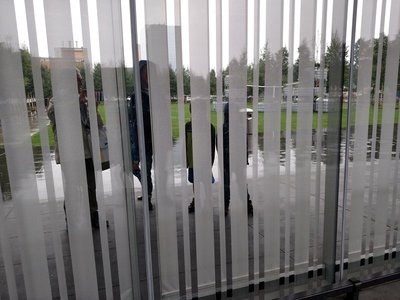 After turning in the RV, we had long flights home, but what a trip!

We were concerned about security lines, we have Global Entry but didn’t know if it would extend to the kids. We decided we’d leave really early so that 1. We could avoid traffic, 2. We’d make it to our plane in the event of long lines. 3. In the event, the truck had trouble we’d make it to the airport via Uber or Super Shuttle.

Sunday, the kids were so excited. We had a few last minute errands to run; pick up camera cards for kids cameras, food to bring along, a few odds and ends.

By 6pm, as per our usual, kids things were together but nothing of mine or Dale. But the evening was early so wine was in order.

We’d given grandkids their dinner and they had baths, then a movie. By the time the movie was over kids were wide awake. They went into the kitchen and just jumped up and down for a while. Finally, grandkids went to bed and actually went to sleep.

It was a really early wake-up call for grandkids, 5:30am. The jumped up, got dressed, then ran to the truck to wait for us. Someone was excited. 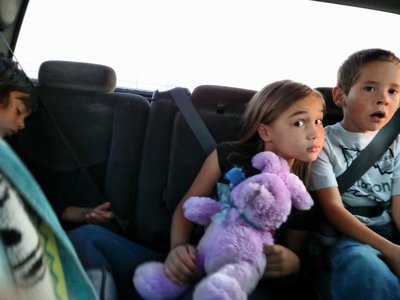 We made it to LAX in record time and with our Global Entry we got to our gate with no problem, except for 1 little thing. I’d forgotten to dump our coffee out of our travel mug and thermos. We are so accustomed to dashing thru the airport and didn’t think that we had several hours to kill. When TSA asked it we wanted to run out and dump the coffee we said no, just throw the mug and thermos away. As we walked away we realized that we were in no hurry, but it was too late, we couldn’t change our mind. 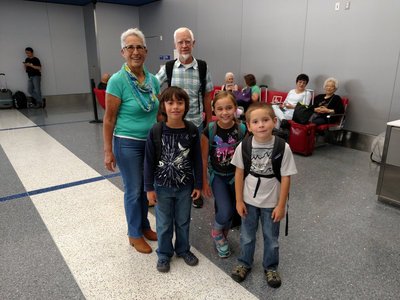 One good thing I did was to buy new movies for kids. The movies are a great distraction for the downtime 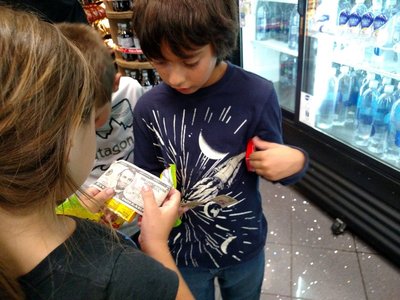 in a packed airplane terminal.