Glacier; The Road to Apgar

Going to the Sun, except it was raining 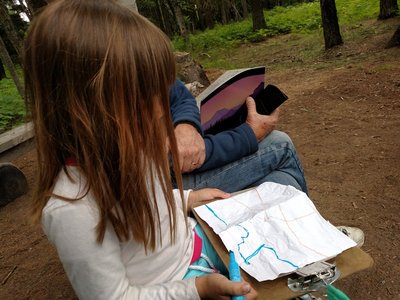 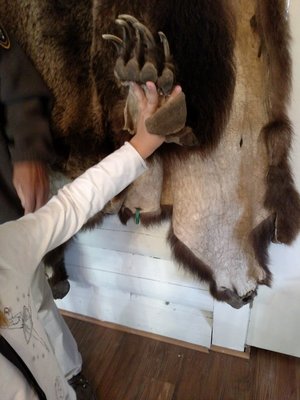 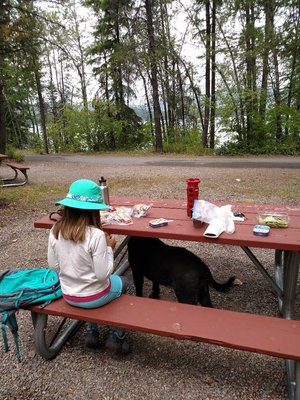 Glacier National Park is a place I’ve wanted to visit for some time now. Unfortunately, because of our truck break down, we had days cut off of our visit. Fortunately, we can drive there again, it isn’t the end of the world.

We arrived in Glacier late afternoon and stopped immediately at the St Mary’s Visitor’s Center. This visitor center is on the North East entrance. We picked up Jr. Ranger books to complete. We were told to return to that visitor center for the swearing in between 12:30-2 in order to receive a special patch only given at that center.

There is road work going on in the park and we were told that we could not pull the RV thru the entire park. We could only drive into Rising Sun then turn around. That was better than nothing and we did want to see the park right away.

After a night of rain, the skies cleared a bit for a beautiful sunrise. The plan was to take a picnic lunch with us, maybe do a little hiking but drive the entire Going to the Sun road. We saw that Apgar, on the SW corner, had a Visitors Center where there were pelts, skulls, and other things on display to touch. Also, there were kids’ ranger programs which Zaya needed to complete her Jr. Ranger.

The Road to the Sun is amazing with beautiful mountain peaks, wildflowers, lakes, glaciers, weeping wall, lots of waterfalls and a few wild animals. We stopped and saw a bear on the hill, then stopped for the circus on the top at the top at Logan Pass. The Pass has a visitor center but it was freezing cold, raining and jam packed, so packed that we could not even walk thru. I told Zaya, “let’s get out of here”. We used the restroom and moved on down the road.

The road down to Apgar is steep and narrow, so narrow that we were nervous. There is a complete drop off, down to the river way, way down on one side, and a jagged rock wall on the inside. Perfect road for the Ferrari or Jag but for the big honking truck; well we had to watch it.

We reached Lake McDonald and a picnic area close to Apgar. It wasn’t raining just a few sprinkles off and on. We had a fun picnic and shot photos of the lake. We could see the storm moving in.

Apgar is another stop in the park. The Visitor Center is about ¼ mile away from the Apgar Village. The Village has a Nature Center which is what we were interested in, run by the National Park Service.

We arrived at the Nature Center in time for a ranger talk, this time about Watersheds. Zaya made a watershed by crumbling a piece of paper then folding it up. She unfolded the paper and put it on a clipboard, taping down the sides but leaving the center high like a topo map. With a highlight pen, she colored the peaks then the ranger sprayed water on top. Where the water ran the colors showed the watersheds.

Inside the nature center, various animal skins are on display for touching. Bird eggs can be held, skulls and horns compared. They range from bears to coyotes, fox, bighorn sheep and elk. Zaya loved walking the elk hoof across the floor. She also tried on the head of the bear for size and then compared her little hand to the huge grizzly bear paw.

When the center was closing we enjoyed a bowl of Huckleberry Ice Cream. We tasted the berries that the bears were eating. A little like a blueberry but different.