A Stop in Reno

Overnight for An Elegant Stay

The grandkids love the Peppermill in Reno. They love the Tower rooms, the café, the buffet, and the pools. When we are going thru Reno at the beginning of a trip, they all clamored to stay one night there. This was no exception.

We pulled into the Peppermill parking lot, as we have many times before and found a place to park our RV and truck. We all got out of the truck and were going to pack up an overnight bag quickly and hopefully check in early so that kids could start swimming.

As we were walking to the RV security came over and told us we could not park there, or in any of their lots. We were thrown off guard, we’d always parked in their lot, and besides, we were parked next to another RV.

Well, it turns out we were there on “Hot August Nights” a huge classic car meet that occurs in all of Reno. We were really angry at first because they gave us no options, but then we had to realize that security was only doing their job.

As we waited for the manager, we were talking with the security woman and it turns out that she grew up fairly close to our city. She then said that we should park on the street right by the lot, that security would be checking the street that night. She also pointed out which spot would likely be the safest.

We re-parked the RV/truck, packed our bags and went off for some fun. 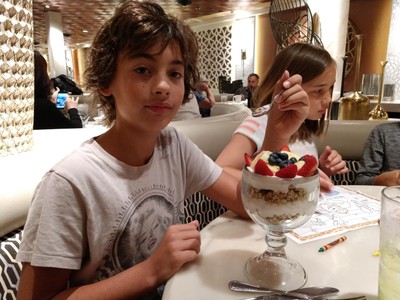 The 3 kids swam to their heart's desire, watched TV while bathing, and felt very glamorous.

We had to leave early Saturday morning for the official start of the grandkids trip. We drove away from Long Ranch at 7 a.m. and headed for Redding to meet up with our grandsons.

We met our grandsons’ mom and had a nice visit with her. We were happy to see our grandsons as well, as we had not seen them for a few weeks. 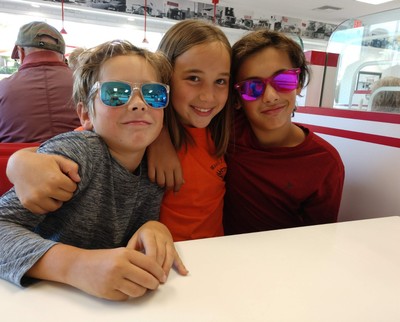 Our plan had changed slightly when we realized we were closer to Reno then we originally thought. We decided to stop at Lassen National Park. We got into the park and were told that this was the Dark Sky Festival, a once a year festival and that the park was full. This park is certified as a “Dark Sky” park. https://www.nps.gov/lavo/planyourvisit/dark-sky.htm

We decided to try to get a campsite anyway, but if that failed we’d do all of the activities possible then drive to a rest stop.

We got to the campground and were told to go thru Loop B. If we found a site without a reservation slip then we could take it. We found a site and snagged it immediately. The camping site goddess was with us. 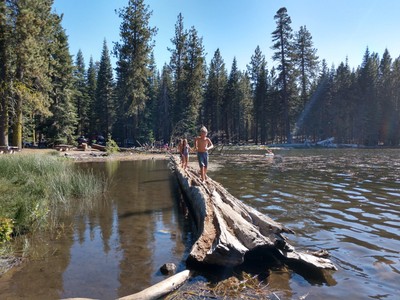 The Dark Sky Festival consists of various displays in the plaza by the Ranger Station. Someone was there from NASA, people with solar scopes to view the sun, and a canopy with lots of art supplies for kids. 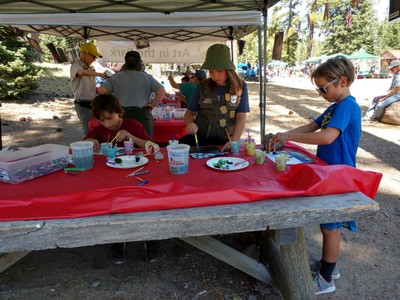 The festival also included several astronomers with telescopes set up in a meadow just beyond the campground. The program was to start at 9:30 pm, just after the Ranger Program.

The program was commemorating the 50th Anniversary of the moon landing. The person giving the talk had been acquainted with the astronauts and told lots of stories. Toward the end of his presentation, the presenter announced that the space station would be flying overhead soon. Everyone looked up in the sky and some people thought they saw it. We didn’t.

A ranger was going to lead the first group of people to the telescope area using her red light. The group left and several of us, including the 3 grandkids stayed back and were asking questions. As we talked the space station flew right over our heads, incredibly bright, so beautiful!!

We went with the next group to the telescopes. The sky was so amazing, so full of stars, Jupiter and galaxies. One didn't need a telescope to enjoy the night sky.

This was a great start to our trip.

A Few Days Of Quiet Before the Storm

We got to relax before talking off with grandkids.

We left for Nate’s on Monday, this grandkids trip was different as we started out by ourselves. A little piece and quiet before the gang of grandkids set upon us. 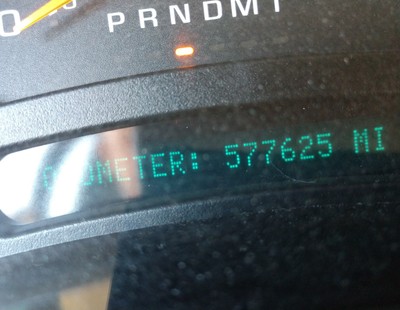 We helped Nate and Bekki can apricots, babysit kids, cleaned and readied for friends. Dale worked with Nate on repairing a piece of equipment, something he loves to do. Unfortunately, there was no time for a backpacking trip

Prior to leaving home, I’d asked Bekki if she had basil, she answered that she had lots. I brought my Cuisinart so that I could make Pesto for us. Well, Bekki had basil, lots of basil, probably 20 plants, loaded with leaves.

On Wednesday Bekki and I picked basil, filling 2 baskets. We roped Christabel into washing everything while Bekki and I took the leaves off. Finally, a couple of hours later, we had 12 Cups of leaves. We made 5 whole pints of Pesto.

On Thursday, I thought I’d try to make a little more. I went out and picked a bunch of basil then proceeded to clean the leaves and make the pesto. 5-hours later I had 5-pint jars of pesto. The pesto was really good but I’m not sure worth the time. 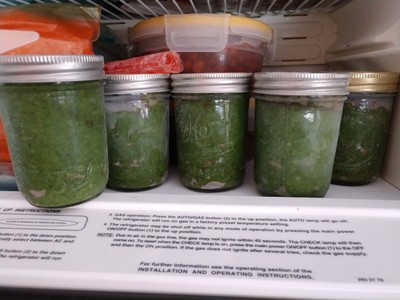 Grandkids swam, I read a book and we had a glass of wine with the neighbor. This was a perfect way to start a vacation.

Now our dilemma was that the girls had a grandkids trip to look forward to while the boys had nothing. Besides Fynn made it very clear that he was going to Yellowstone.

We’d planned to head for Canada from Yellowstone so presented the plan that we could just take the 4 grandkids with us. But just as we settled everything, Justin found that the boys would be free during the week we would go to Yellowstone. Here we go again!

After lots of going back and forth with texts and emails we settled on a new plan: we will go to Nate’s for a few days and do a little backpacking in the Warner Mountains. We will then take Zaya on Saturday and drive to where we will pick up the boys, Lucian and Sequoia. After which we will head to Yellowstone with a stop at the Peppermill.

From there we will go to Canada and after I go thru immigration we will hop on the ferry to Vancouver Island for a couple of days, then back to Vancouver.

After we meet Clayton and Jen and give them Zoey and Fynn we will start looking at areas we might like to settle in. As I have to wait for my Permanent Residence Card we will have time to look around.

San Francisco with a 4-Year-Old

Bekki bought our youngest grandson, 4-year-old Jasper to Sun River and the plan was that we’d take him on a very short Grandkid trip. He gets quite wild with other kids so we thought it was best to just take him by himself. He’d decided that we would go to every ice cream shop in the world. Unfortunately, we didn’t have time for that.

We left Saturday morning and drove, in one very long day, to San Francisco. Unfortunately, RV parks in San Francisco are not plentiful. We have stayed at the RV park at Candlestick Park when it was actually the baseball park. Now the ballpark is mostly dismantled but the RV park is still there. The RV park was jam-packed with RV’s and getting into our space, in the dark, was most difficult. Fortunately, a permanent resident who pulls a trailer every day was able to back our RV into a site for us.

We planned to spend the 1st day at the zoo. We had great memories of taking our boys there when they were young. We found that while some things have changed, many things remain the same 35 years later.

We were most disappointed with the Lion House, a large room with cages around 3 walls. When the boys were young feeding time was at 2 pm. The zookeepers would let the cats into the cages then give them fresh meat. The roars would reverberate around the room and it was both exciting and eerie. Now, probably 80% of the house is walled off. There are cages for 2 cats at the most at the front entry.

We timed our visit around the feeding time in the Lion House, visiting animals along the way. Jasper loved looking at the animals but the fun part of the Lion House was the tiger up close. A thick glass wall separated us but the tiger was very close. It was enough for a 4-year-old. 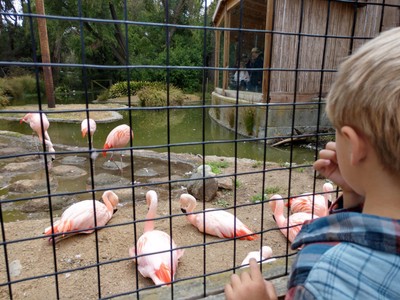 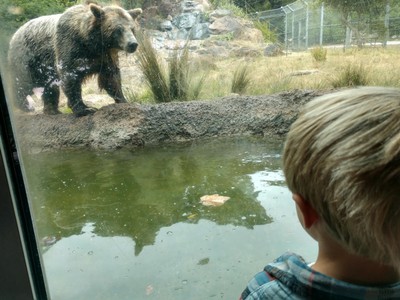 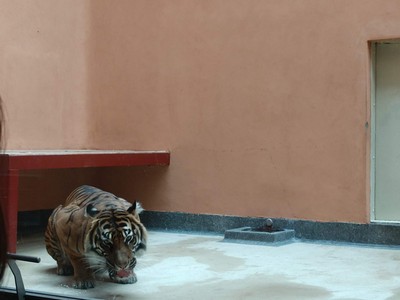 The zoo has a sculpture park that is just sculptures of animals of every sort. He climbed on the giant ant and petted the others. He had to pet and talk with each one. 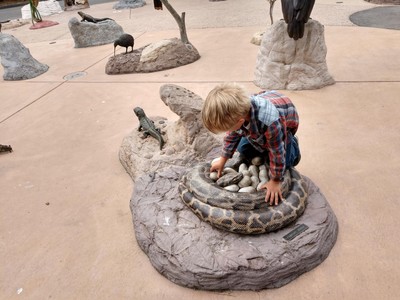 We were walking along and another family asked us if we could use tickets for the carousel ride. They had more tickets than they could use. We took 3 tickets and just before we left we rode on that. Jasper chose a tiger!

Day 2 we went to the Academy of Sciences. We caught the planetarium show and Jasper tried to grasp the concept of the star nursery. He really preferred the zoo with “real animals”, but loved the aquarium and the rain forest.

We started for home tired but full of good memories but not ice cream from every shop in the world.