On to Crater Lake

A visit to Crater Lake was in order

Zoey spent the night with us and we both got up at dawn. I’d wanted to shoot photos. We went up to the top of the dunes where the sunlight was shining on the native grass. The morning dew on grass was glistening. 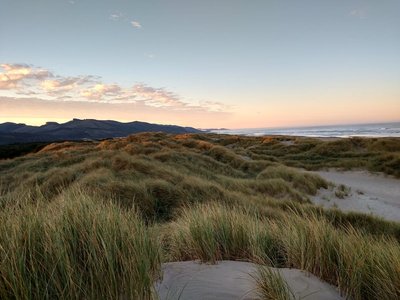 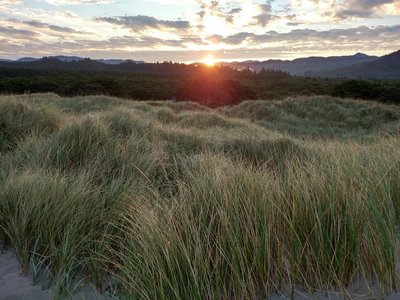 We all had to check out of the park but Dale and I were not inspired about where to head next. We needed to get to Fort Bidwell but wanted to make a fun stop along the way.

We pulled out a map and sat down at the picnic table with some coffee. We like real maps for an overview, sometimes we see places that we’d miss on Google. Sure enough, we saw Crater Lake.

We haven’t been to Crater Lake since we took Dale’s parents, many years ago. We’d stopped there on our way home from a family reunion in Oregon. We’ve passed the turnoff many times between kids visits and this was a perfect opportunity.

We got to Crater Lake after 9pm. The road in from the north was actually a little scary, with drop-offs on both sides. There was lots of road work going on the 2 lane road and then other parts were not marked clearly. We had visions of falling off into the caldera.

There is a campground for RV’s inside the park, with nearly every site a pull thru. This made it easy for us in the completely dark park. There was no moon.

We decided to go to the Crater Lake Lodge for breakfast and then have a bit of a look around. The Lodge is from the early 1900’s and overlooks the crater. We reminded Christabel of Alaska and The Princess Lodge, 6 years ago, when we told her to act rich. She then 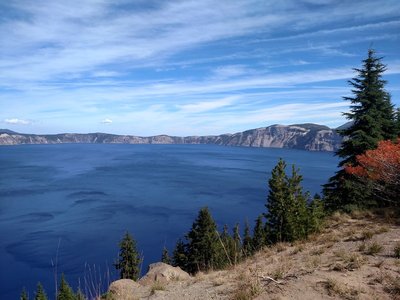 scolded me for looking at the ceiling, I wasn’t acting rich! I think she looked around at this lodge but did act rich.

The Crater is so very beautiful. I was afraid that the light would not be good because it was late morning and there were clouds forming. But, the clouds only added to the beauty. Fortunately, I had my tripod as the winds were kicking up. The wind was blowing the lake water, making interesting patterns in the lake.

Now we want to go back and do some hikes. Maybe sooner than later.

Another day, another birthday. Clayton and Jen have birthdays one day apart, so today it was Clayton’s. It makes it easy to celebrate.

I thought back to the day he was born, he was so little, so sweet, such a head full of wild hair. I held him when he was first born but then he had some sort of problem and the staff would not let him out of the nursery for a couple of days. We got him home soon and now he is the tallest of all of us, still sweet but the hair is short.

We went to the beach in the morning, thinking that it wouldn’t be so windy. Well, it was just as windy as before.

Clayton brought a kite to fly. The kite was fine but the gusts were not steady and the kite would crash. Fortunately, the kite was made for kids so crashing wasn’t a problem. I had to laugh when Fynn, the youngest, would try to hang onto the tails as if he was trying to fly with the kite

From the beach, we went to Tillamook for birthday ice cream. Cheese sandwiches were good but really cheesy. The ice cream was divine.

Christabel was told about a pie contest to be held at UCLA this Sunday, so we bought apples and ingredients for 2 pies, 1 regular crust and 1 gluten free. I told her to set herself apart with an added ingredient, or just something a little different.

Christabel is amazing, she mixed the ingredients without a recipe. Using an empty champagne bottle for a rolling pin, she rolled out the crust. The crusts were crumbly, but baked, well, they were the best crusts I’ve had. 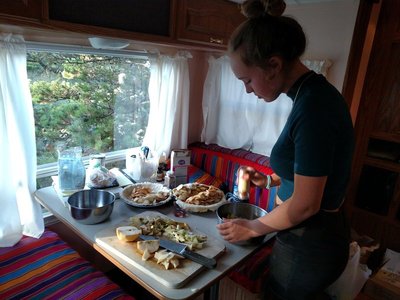 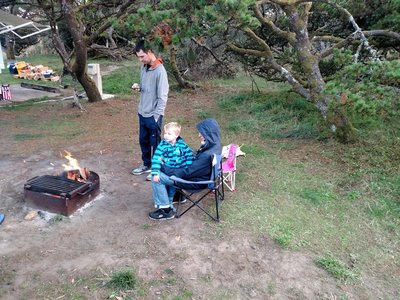 With apple pie and more champagne for dinner, we all added our comments on her pies.

On Sunday, “Break a Leg, Christabel”!

A Day For the Beach

After a long afternoon and another day of driving, we made it to Cannon Beach RV Resort. Unfortunately, Jen and kids were asleep but Clayton came over for a glass of wine.

Our alarm, in the form of grandkids, came over, promptly at 7a.m. “Wake up, wake up” with lots of giggles and shrieks.

After a breakfast of baked goods, we walked to the beach. The weather was warm and the beach play was fun. We couldn’t stay long, as we had to check out and move on to the State Park just ½ hour away. 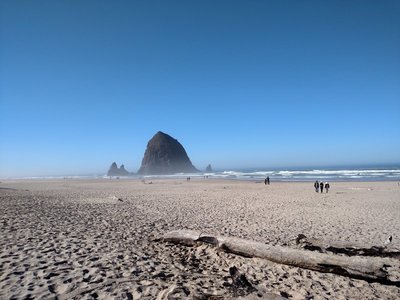 After settling into the Nehalem Bay State Park, http://oregonstateparks.org/index.cfm?do=parkPage.dsp_parkPage&parkId=142 we walked over the dunes to the beach. Burr! Winds were howling and it was cold! The beach is beautiful but not to sit out and enjoy for long. 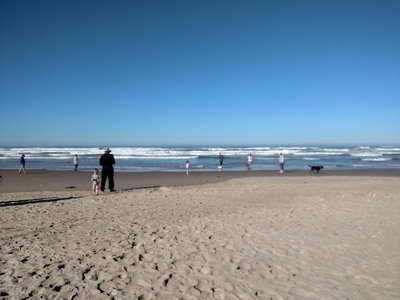 We decided it was time for a nice fire and champagne to celebrate Jen’s birthday. We traded the cold wind for a glass of cold champagne and got warm by the fire. 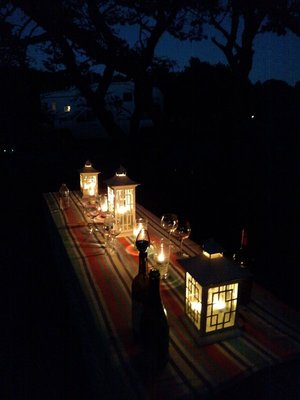 Gotta Get Back On the Road

We just can't stay home. We will do that when we are old!

After Alaska, we’d decided that we should stay home for a while unless called out for work. We really need to get our house in order. We have a trip to Santa Fe/Taos planned over Thanksgiving and then a big trip to Finland in Dec. More about those trips in another blog. 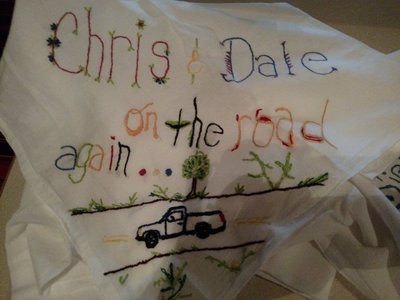 Upon our return home, I did get some work. Of course, the second everything slowed down we decided to take Clayton and Jen up on the offer to join them at a beach in Oregon. So here we are on the road again. 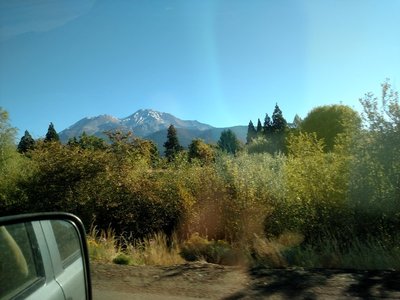 The RV was really dusty and needed a major cleaning. Thank goodness for the curtains that I made, as they are easily washable.

We got a late start yesterday afternoon but this morning we were able to have a late breakfast at the Hi-Lo in Weed. We have our granddaughter Bel with us so we got to introduce her to a very fun restaurant. 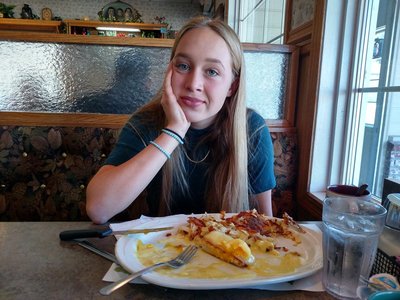 Our plan is to camp with Clayton and Jen thru Wed. Then we will take a couple of days to drive to Ft Bidwell. From Ft Bidwell, we will drive down the 395 and hope for good photo ops. We will be looking for fall colors.