The Birthday Backpack Trip Is Over

But we have a new plan for Glampacking!

Nate, Bekki, and Camilo hiked out early taking the 2 youngest boys. They left Dale, Zaya and I to pack up as we wanted and hike out at our own pace. But, before they left, Jasper found Camilo’s stash of pop-tarts. He had quite a smile on his face when he was caught eating them up. 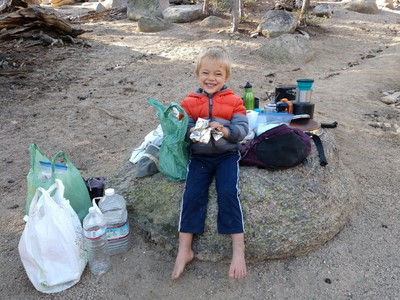 We were really tired of freeze-dried food and didn’t feel like cooking up a big breakfast, so we ate some snacks and started packing up. We took the time to enjoy our last moments of solitude. 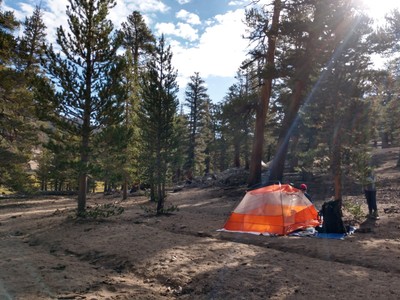 The hike out was, at least at first, a nice stroll. We didn’t hurry along until clouds started gathering on the north and western horizons. Then the winds picked up. We have backpacked enough to know when to pick up the pace and we did.

Zaya was really great, she stopped every little while, pronouncing each place beautiful and pointed out some point of beauty. She was so glad to spot the Mulshy Meadow from the mountain, later pointing out where she thought that they had camped. 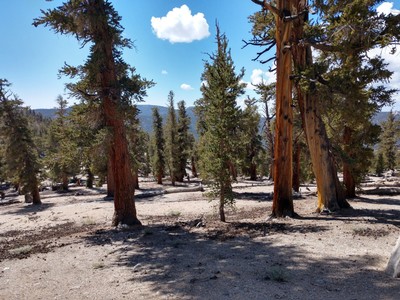 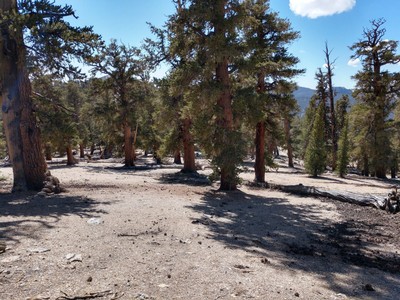 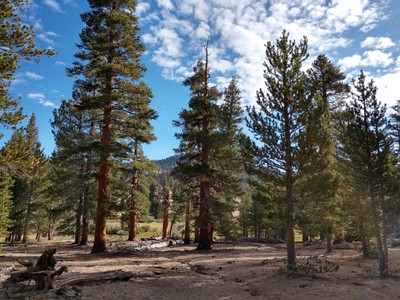 We ran out of water before the trailhead and it was quite warm, not to mention that my pack was super heavy. We were so happy when we saw Nate heading our way with a water bottle.

As we walked out, Dale and I discussed some new ideas for backpacking. We have decided that we will either hire people to carry our stuff or hire someone with a pack service with donkeys.

We told Nate about this plan and he had thought the same thing. He knows someone who does this with donkeys and thinks that the donkeys carry about 100# each. Do you know how much fresh, good food, and equipment I can pack in 100#? Talk about Glam-backpacking! I’m there!!!!